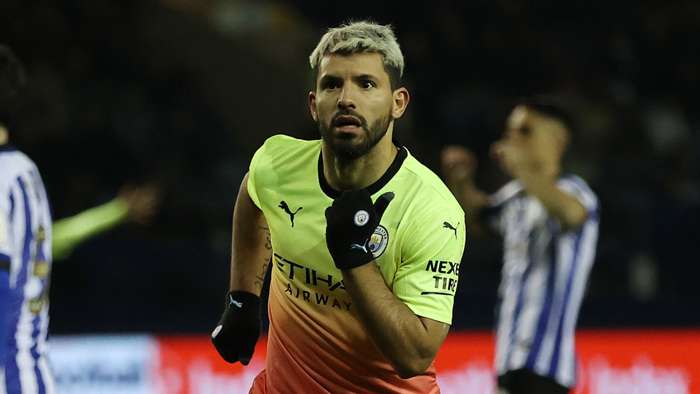 Sergio Aguero has returned to full training with the hope that the Manchester City striker could be in contention fora quick return after the international break.

After undergoing surgery on a meniscus problem in Barcelona, the 32-year-old missed the end of last season's Premier League run-in and conclusion of the Champions League knockout stage.

Pep Guardiola feared he could miss as much as the opening two months of the season but he has stepped up his recovery and has returned to training with the first-team.

"He has to come back on the pitch and regain the physical condition," he said before City's first game against Wolves on September 21.

"Sergio was out for a long time and Sergio is not a guy who regains the physical condition quick so I think in one month or two months he will be ready."

Aguero has the opportunity to get his fitness up during the international break and could push to make the squad for City's Premier League clash with Arsenal at the Etihad Stadium on October 17.

His return will be a welcome boost to Guardiola who has seen his squad depletedby an injury crisis in the opening weeks of the season.

City have been without a recognised striker since the victory over Wolves in the opening fixture, with Gabriel Jesus also ruled out with a muscle injury.

Raheem Sterling has taken on the role but he has now suffered a minor hamstring injury that has forced him to withdraw from the England squad for their Nations League fixtures.

City's medical team will take a look at the problem after Sterling was released by the FA and it is hoped he will be close to a return to training when the Premier League resumes.

Along with Aguero, midfielder Ilkay Gundogan has returned to first-team training after a period in self-isolation after testing positive for Covid-19.

Aymeric Laporte and Riyad Mahrez also tested positive earlier in the season and were unavailable for the opening games.