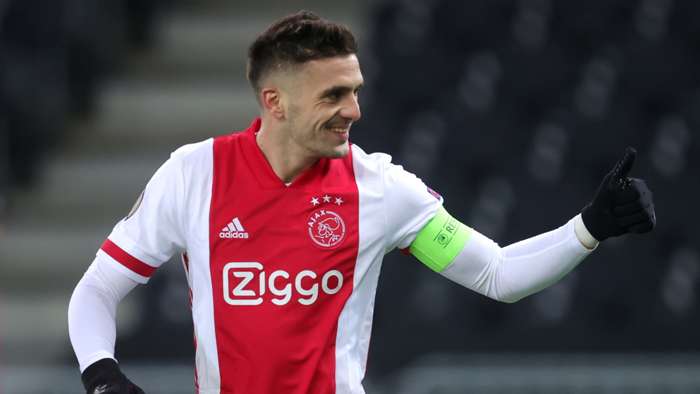 Ajax will be looking to extend their long unbeaten run when they welcome Serie A outfit Roma to the Johan Cruyff Arena in the Europa League quarter-finals on Thursday.

The Eredivisie club have won 21 and drawn three of their last 24 outings, last tasting defeat back in December 2020 when they went down 1-0 at home to Atalanta in the Champions League group stage.

Roma have won only one of their last four matches in all competitions and are out at 13/5(3.60) to put themselves in the driving seat ahead of the return leg.

Andre Onana is still suspended for Ajax whilst Maarten Stekelenberg is a doubt after picking up an injury at the weekend, meaning Kjell Scherpen should deputise. Noussair Mazraoui, Daley Blind, Sebastian Haller are all out.

After moving 11 points clear at the top of Eredivisie on Sunday with a 2-1 win over Heerenveen, Ajax can essentially put all their focus into continuing their European exploits and extending their undefeated streak.

Erik ten Hag’s men were unlucky to drop into the Europa League but have taken this competition in their stride with a 4-2 aggregate win over Ligue 1 leaders Lille in the last-32 and a 5-1 victory against Young Boys in the last-16.

Those two matches have contributed to a run of Ajax scoring more than once in 15 of their last 16 games, and they will certainly fancy their chances of doing so again when they face Roma’s faltering defence.

Indeed, the Serie A club have conceded twice or more in three of their last four matches and kept a clean sheet in only seven of their most recent nine fixtures.

A free-scoring Ajax team on such an impressive unbeaten run will have confidence flowing through them and backing them to net more than once at 8/11(1.73) with bet365 looks the way to go in this Europa League quarter-final clash.