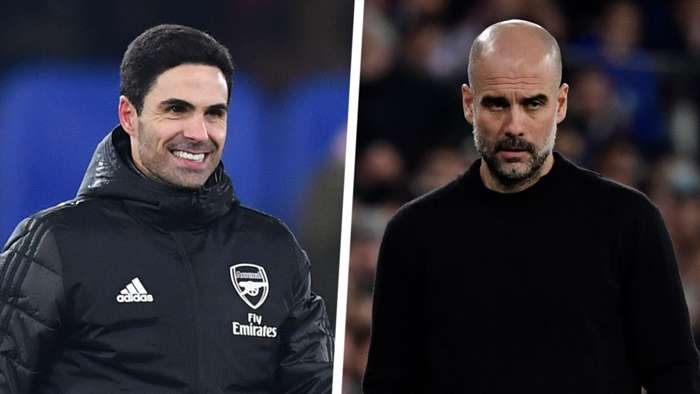 Mikel Arteta will face former mentor Pep Guardiola after Arsenal were drawn against Manchester City in the Carabao Cup quarter-finals.

The sides have met twice since then, with Arsenal exacting revenge for a 3-0 Premier League defeat towards the end of last season with a 2-0 win in the 2019-20 FA Cup semi-finals.

Arsenal beat Liverpool on penalties after a goalless last-16 tie on Thursday, while City saw off Burnley 3-0 to stay on course for a fifth Carabao Cup triumph in six years.

"I was enjoying the victory in the dressing room and I got the news," Arteta said in his post-match press conference.

"Another massive challenge for us but we're not getting very lucky with the draws at the moment. But we'll prepare for the game and try to win, of course."

Elsewhere, Manchester United will travel to Everton in another all-Premier League tie and Tottenham's reward for knocking out London rivals Chelsea is a trip to Championship outfit Stoke City.

Brentford are the other second-tier side remaining and host Newcastle United – penalty shoot-out winners against Newport County on Wednesday – for a place in the semi-finals. Brentford reached the last eight for the first time in their history thanks to a 3-0 win over Fulham.

The quarter-finalties will be contested over one leg on the week commencing December 21.

Man City's recent dominance of the Carabao Cup has edged them towards becoming the most successful club in the tournament's history.

Liverpool currently hold that title with eight wins, but City's win over Aston Villa back in March was their seventh.

After the quarter-finals are played, the semi-final stage is set to be played on the week commencing January 4, 2021. While previous iterations of the tournament had two-legged semi-finals, this season's will see single-leg knockout games.