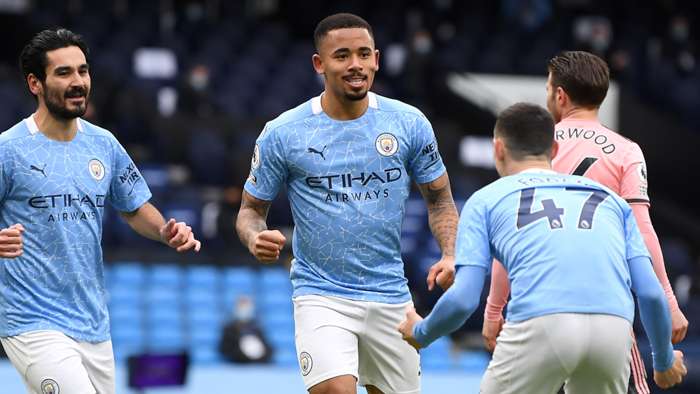 Manchester City are looking to pick up their ninth Premier League victory in a row when they travel to Turf Moor to face Burnley on Wednesday evening.

Given their exceptional form which has seen them win their last 12 matches in all competitions, it is no surprise to see bet365 make City just 1/5 (1.20) to extend that run at Turf Moor.

Burnley have won three of their last four home games in the Premier League, most recently coming from behind to beat Aston Villa, but are rank 12/1 (13.0) outsiders to stun Guardiola’s men.

Only one of the last 11 meetings between these sides hasfinished level and another stalemate is priced at 6/1 (7.0).

Robbie Brady, Charlie Taylor, Ashley Barnes and Josh Brownhill are all in contention to feature but Chris Wood is unlikely to be available.

Gabriel Jesus should continue to lead the line in the absence of Sergio Aguero, who is out after testing positive for Covid-19, whileKevin De Bruyne and Nathan Ake are injured.

Two wins in their last three Premier League games, including an incredible victory at champions Liverpool, has seen Burnley move eight points above the relegation zone but they are unlikely to be able to get any further away from the bottom three on Wednesday.

City have truly dominated this fixture in recent years, winning each of the last seven meetings in all competitions by an aggregate score of 28-1 and have already beaten the Clarets 3-0 and 5-0 this season.

A repeat could be on the cardsat Turf Moor given that City’s current eight-match winning streak in the Premier League has seen them score 19 goals and concede only once.

Man City to win to nil is priced at 8/11 (1.73) and although short, looks a strong selection for this Premier League clash, having paid out in the visitors’ last five top-flight fixtures.

Burnley, meanwhile, have lost without scoring in six of their eight fixtures against top-seven teams this season, including in the reverse fixture at the Etihad Stadium.