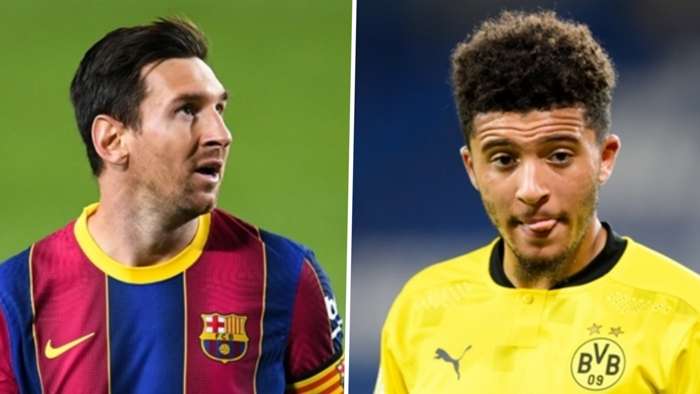 Former Manchester United star Patrice Evra has urged the club's supporters to buy a PlayStation and sign Jadon Sancho and Lionel Messi in an attempt to find some sort of happiness after Sunday's "catastrophe".

After taking a 1-0 lead early on through a Bruno Fernandes penalty kick, United conceded four goals in the first half with Anthony Martial also earning a red card for putting his hands on ErikLamela's face.

It didn't get much better in the second half, with Serge Aurier getting on the scoresheet while Harry Kane added his second goal of the day from the spot.

Sunday was United's joint-worst Premier League defeat, and it comes in the wake of unrest due to the club's transfer dealings, or lack thereof.

Evra hit out at United, and Donny van de Beek's agent, prior to the game due to the club's summer business and, by half-time, the former French defender was left furious with what he had seen from his former club.

"I don't know if I have to comment like all of this - we get lucky, Tottenham give us a penalty away," he said on Sky Sports.

"I've been losing in my career with Manchester United - 6-1 against Manchester City, Sir Alex Ferguson was furious after the game.

"He said 'why do you keep attacking Patrice?' and I say it's because it's the philosophy of the club.

"But are you seeing this right now? That's why I don't even want to comment because it is a catastrophe what is happening right now.

"My advice to any fan right now is to buy a PlayStation. Buy a player like Sancho, even Messi and start playing because it is a disaster.

"I've been a player so that's why I don't like to go on one player, but all of the defence is a shock.

"Eric Bailly has the chance to play instead of Victor Lindelof and he made that mistake - so don't cry when you don't play.

"I'm devastated and I am a positive person, but right now I understand, like the pain of all United fans, because no one in this team deserves to play right now."