Deal or no deal for Lacazette? The pros and cons of Arsenal keeping the French forward
Match

Deal or no deal for Lacazette? The pros and cons of Arsenal keeping the French forward 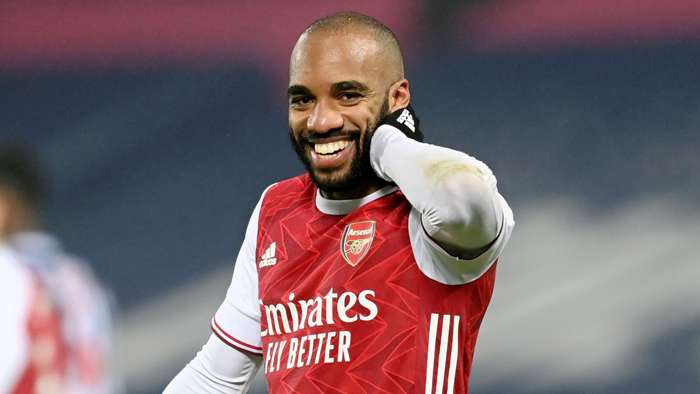 When Alexandre Lacazette joinedArsenal from Lyon in 2017, he was seen by many as the striker to take the clubto the next level.

Olivier Giroud had been Arsene Wenger’s No.9 for several seasons prior to his fellow Frenchmans arrivalbut, despite scoring over 100 goals for the club, there was a feeling that he was not quite prolific enough to fire the Gunners to the Premier League title.

Lacazette was regardedas both a much-needed upgrade and, at a club-record £46.5 million ($63.8m), a statement signing.

But wind the clock forward four years and Lacazette’s move has not exactly gone to plan.

He has won one FA Cupduring his time in north London, but there has been no title charge. In addition,he lost his place as Arsenal’s first-choice striker just a few months after joining, when Pierre-Emerick arrivedfrom Borussia Dortmund in January, 2018.

And now Lacazettes veryfuture at the Emirates Stadium isin doubt.

At the end of this season, he will have one year remaining on the contract he signed in 2017 and talks over extending his stay in north London have yet to begin.

"The situation with Laca will get addressed in the summer," Mikel Arteta said lastweek."I will speak to him and just propose a future that we want and thats it.

"For now, I just want playersonly focused on performing and getting the best out of themselvesfor the good of the team."

So, should Arsenal hand Lacazette a new deal? Or is the time right to let him go and revamp the forward line?

Below, Goal takes a look at the pros and cons...

After four years in England, Lacazette knows all there is to know about playing in the Premier League.

He has proven he can score goals here. Although he has not been prolific since he joined, he has still netted61 times in 162appearances for Arsenal.

Should the Gunners opt against handing the 29-year-olda new contract, there is no guarantee that the player they bring in to replace him will be able to match his strike-rate.

Millions have been spent in the past on prolific goalscorers from abroad who have been unable to adapt to the Premier League and, thus,failed to replicate the type of form they showed in other top leagues across the world.

After four years in England, Lacazette is now a proven striker on these shores, so you would think extending his stay would guarantee Arsenal goals next season.

Lacazette may be two months away from turning 30, but his performances in recent months do not suggest his best form is behind him just yet.

He has found the net 13 times in just 35appearances in all competitions this season and has scored nine goals in his last 20games.

"I think hes been in really good form for months now," Arteta said ahead of last Saturdays 3-0 defeat against Liverpool."I think hes sustaining that level.

"Hes scoring goals and hes providing the team with something different as well. His work rate has been phenomenal and its what we want. We need those types of players hitting the best level and we want to have the chance to do that.

"Over the course of the season we have been missing goals, weve been missing that creativity in the final third and we need those players to step in and make that difference for the team."

It’s not just in front of goal where Lacazette is impressing either; his all-round game has improved.

He was excellent in the 3-3 draw with West Ham just before the international break, leading the line superbly and spearheading Arsenal’s comeback from 3-0 down at the London Stadium.

Lacazette has scored more goals than Aubameyangin the Premier League this season and certainly brings more to the side than the Gabon international, because of his link-up play and superior strength whileshielding the ball with his back to goal.

Lacazette is a major presence in the Arsenal changing room and a player whom Arteta respects.

He is one of the senior figures in the squad and is close to several of the youngsters who have recently forced their way into the first team.

“Playing with him up top, really helps me,” said Emile Smith Rowe. “He gives me a lot of confidence off the pitch and he talks to me a lot.”

Those are views echoed by the likes of Bukayo Saka and Joe Willock, and Arteta will certainly take that into account when deciding whether to offer his frontman a new deal.

It’s been nearly four years now since Lacazette lastplayed for his country.

The Arsenal striker has won 13 caps for France but hasn’t made an appearance for Les Bleus since scoring twice in a friendly against Germany back in November 2017.

France boss Didier Deschamps has never closed the door on Lacazette, but given the crop of young talent he now hasat his disposal, as well ashis loyalty to Olivier Giroud, a recall looks unlikely at this point in time.

For Arteta, that means that he does not have to worry about one of his key players picking up aninjury while away on international duty.

While several of his squad jet off around the world during international breaks, Lacazette stays at London Colney, where he gets much-needed rest and works closely with his manager and the coaching staff.

Lacazette turns 30 in May. Should Arsenal decide to hand him a new deal at the end of the season, they would have another thirty-something playertied down to a long-term contract.

Arsenal have had issues in this areain the past. The Mesut Ozil saga, Aubameyangs struggles this seasonand Willian’s disappointing performances since his move fromChelsea last summershould serve as warnings against making the same mistake again.

With money tight at present due to the coronavirus pandemic, that is cash that could be used elsewhere on a younger forward with his best years still ahead of him.

Should he sign a new contract, however, Lacazette wouldbe committed to Arsenal well into his 30s, would no doubt earna pay rise, and would have little sell-on value.

Ozil was the same age as Lacazette when he signed his lastArsenal contract, in 2018.

That was a dealcelebrated at the time, but it was one the club quickly regretted, asthe German’s performances and contributions rapidly began to decline.

That might not happen straight away for the in-form Lacazettebut there will come a time when age eventuallycatches up with him.

Arsenal already have one striker in his 30s on a lucrative long-term contract in Aubameyang, whose level of performance has dipped dramaticallysince putting pen to paper in August.

Do they really need another one?

Lacazette has certainly not been a failure at Arsenal, but it’s fair to say he has not provenas prolific as the Gunnerswere expecting.

In his final season in France, he scored 36 times in 44 appearancesbut he has yet to break the 20-goal mark in any of his four seasons in England so far.

His best campaign came in 2018-19, when he scored 19 times and contributed 11 assists. He was named the club’s player of the seasonand it was his partnership with Aubameyang that fired Unai Emery’s side to the Europa League final.

However, that remains the most goals Lacazette has scored for the Gunners in a single campaign. He netted 17 in his debut season in England, 12 last yearand has 13 so far in the current campaign.

These are arguably the numbers of a good goalscorer, but not a great one.

Although it wouldbe tough to let Lacazette go this summer, it would be the right decisionfor Arsenal.

They have been burned before when it comes to handing ageing players new deals and the last thing they need is another Ozil-esque mess.

So, should they receive a decent offer for Lacazette this summer–andAtletico Madrid and Sevilla are both believed to be interested–they should take it.

The fee wouldntbe hugebut it wouldat least add to Arteta’s transfer budget and Lacazette’s departure would certainly free up some space on an already bloated wage bill.

Arsenal won’t be able to go out and compete for someone like Erling Haaland in the summer market, but they could look to sign a talent like Celtics Odsonne Edouard, a striker they have scouted for a long time.

At 23, Edouard is the perfect age and the kind offorward Arteta could develop and potentially turn into a superstar.

It must also be remembered that Arsenal already have Gabriel Martinelli within their ranks. The Brazilian may not have seen much game time recently, but the club still believe he can be a huge success in north London.

Lacazette’s departure would create moreopportunities for the 19-year-old, who signed a new long-term contract last July.