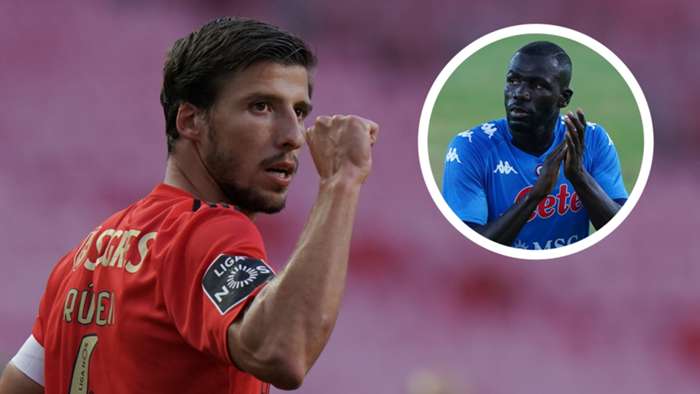 Ruben Dias has the potential to be a better fit for Manchester City than Kalidou Koulibaly would have been, claims Danny Mills.

Dias is, at 23 years of age, one for the present and future at the Etihad Stadium.

He is being tipped to make an immediate impact in English football, with City having been crying out for another commanding figure to fill the boots of former captain Vincent Kompany.

Mills believes Dias can be that man, with Guardiola having favoured another ball-playing option over the more obvious physical qualities of Napoli star Koulibaly – who has long been linked with a move to the Premier League.

Former City full-back Mills told Gentingbet: “Koulibaly is a magnificent defender but I'm not convinced he can play out from the back in the way that Pep Guardiola wants him to play.

“With Dias, I think that Manchester City are hoping that he's a mix of that.

“He's a good defender and he can also play but, it's difficult to bring a player in and expect him to be brilliant from the off and to settle in immediately.

“Coming in from a different country, different climate, different place to live, with his family moving over with the Covid situation, and everything else going on around the world at the moment, it's not easy.

“It's not easy to get players to settle in quickly and get them up to speed and get them to hit the ground running.

“He’s also got to form that partnership with the other centre-half and who is that going to be at Manchester City at the moment?

“I think he will make City better over time, whether he hits the ground running and improves them instantly, we're going to have to wait and see.”