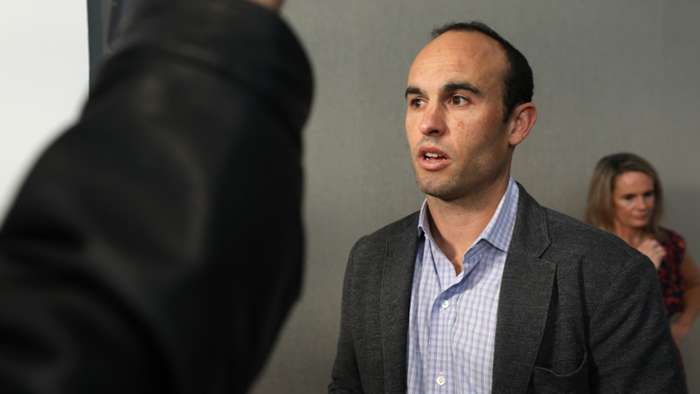 San Diego Loyal have walked off the pitch halfway through a USL match against Phoenix Rising after a homophobic slur was used.

Despite leading 3-1 at half-time, Loyal returned for the second half, waited for the ball to be kicked off by Rising beforeoptingtoleavethe pitch in protest.

"In the first half a member of Phoenix Rising used a homophobic slur directed at Collin Martin. In response we have decided to walk off the pitch in protest," the club posted on Twitter.

"Last week we made it loud and clear that we do not stand for racism or homophobia. Nothing has changed this week."

Loyal manager and former USMNT striker Landon Donovan was part of the walk-off and was seen debating the decision with Rising coachRick Schantz.

The Loyal's decision to walk off comes less than a week after they forfeited a point earned in a 1-1 draw against LA Galaxy IIfollowing news that a racial slur was directed at one of their players.

“We don’t even want to recognise being a part of a match where these types of actions take place,"Loyal’s chairman Andrew Vassiliadis said.

"The Loyal in our name is symbolic of the diversity in our community and as a club we will not stand for this.”

Loyal presidentWarren Smith added:“If there is anything we have learned during the last few months with all the racial injustice matters that have occurred, we have to take action that have consequences when these matters occur.I am proud of this organisation, its ownership, staff and especially our players for wanting to take such action."

The USL have confirmed they are now investigating Wednesday night's incident.

"We are aware of the alleged use of a homophobic slur in tonight’s match between San Diego Loyal SC and Phoenix Rising FC," a statement read.