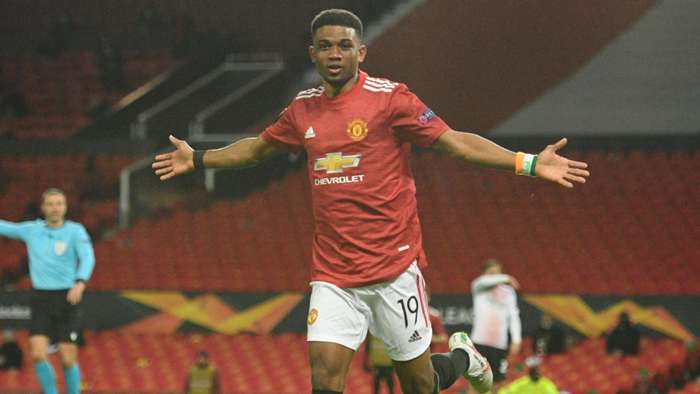 Manchester United travel to the Estadio Nuevo Los Carmenes on Thursday evening to face Granada in the first leg of their Europa League quarter-final.

Ole Gunnar Solskjaers men aresecond in the Premier League and clear favourites against the La Liga side who have vastly exceeded expectations in their first-ever continental campaign.

Diego Martinezs side have seen off the likes of Napoli and PSV in their run to the last eight of the competition and bet365 price them at 11/2 (6.50) to claim a first leg success.

The visitors, meanwhile, have won both of their away games in the competition - triumphing 4-0 at Real Sociedad and 1-0 in Milan in the previous rounds.

The Premier League side will be without Anthony Martial, who is facing an extended spell on the sidelines, whilst Marcus Rashford is a doubt after being withdrawnduring the weekend win over Brighton and Eric Bailly is out with coronavirus.

Granada could welcome back Colombian striker Luis Suarez to the matchday squad, although he is not likely to start after missing two months of action, but Luis Milla, Dimitri Foulqiuer and Carlos Neva remain out for the side from Andalusia.

The hosts come into the game missing key players and in poor form, having won just two of their last 11 matches in La Liga.

They have done extremely well to reach this stage in their debut European season yet the effects of beginning their campaign in the early qualifying rounds is beginning to tell, with Granada looking extremely tired and sluggishduring their 3-0 home defeat by Villarreal at the weekend.

United certainly have enough quality to record a win as they have done in their previous away matches in the tournament, and there should be plenty of interest in investing in an away victory.

Granada have conceded at least two goals in nine of their last 13 matches in all competitions and backing United to win and score over 1.5 goals at evens (2.00) looks like an attractive selection.