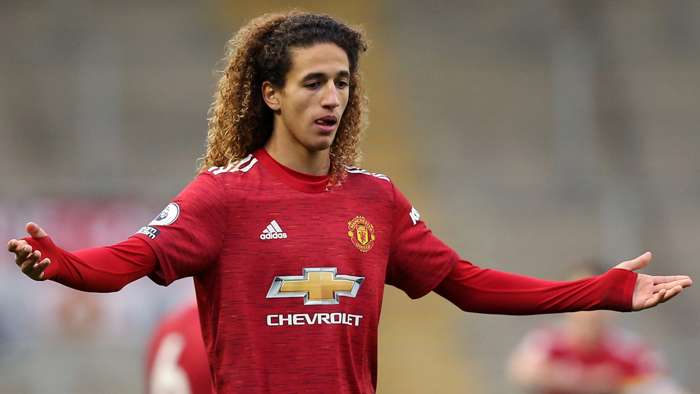 Hannibal Mejbri has signed a new "long-term"deal at Manchester United after impressing at under-23 level.

United signed the attacker from Monaco in 2019 and he has been impressing for Neil Wood’s side this season in Premier League 2.

Mejbri’s new deal has seen him commit his future to the club, and manager Ole Gunnar Solskjaer has already earmarked him as one to join up with the first team.

This season he has scored four goals and registered seven assists in 18 league appearances.

Mejbri, along with Shola Shoretire, was selected by Solskjaer to be promoted to the first-team bubble and train with the squad at the start of the year. Unfortunately two separate injuries have delayed his promotion but when the time is right he will no doubt be able to make the step up to that level. For now, he remains in the academy bubble.

When he makes the step up to the first team he will still be able to play for the U23s and even the U18s in the FA Youth Cup, where United are waiting to find out if they face Liverpool or Sutton United in the next round, but he will be required to travel separately to games and use different changing rooms due to the Covid bubble regulations.

Speaking to MUTV last month the first-team manager said: “Hannibal unfortunately injured his shoulder in the reserves so he’ll be out for a few weeks. He was just on his way into the squad and training with us but that’s football. He’ll come back stronger, I am sure, and he knows he’s not far away.”

Mejbri has already returned to the fold after the shoulder injury he picked up last month, although at the moment that is light training without any contact to protect his shoulder. It is hoped he will be able to return to full contactshortly and be back in contention at whatever level he is needed.