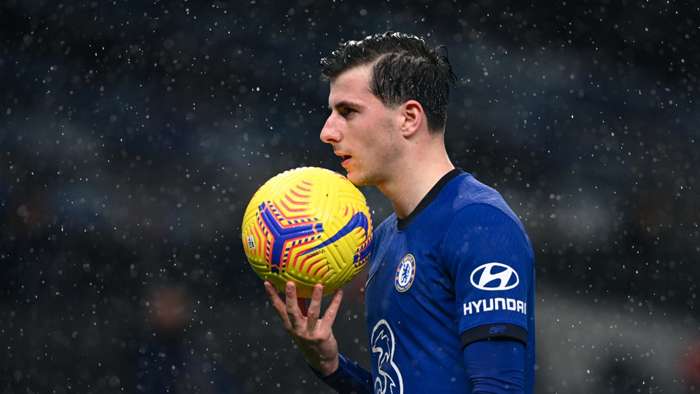 Mason MountadmittedChelsea need to be more clinical despite their impressive run of clean sheets under new manager Thomas Tuchel.

Jorginho netted the winning goal from the penalty spot after Timo Werner was brought down clumsily in the box by Eric Dier with just 24 minutes on the clock, with Spurs ultimately unable to claw their way back into the game.

The visitors dominated possession throughout the contest and had 18 shots on goal to Spurs' seven, but wasteful finishing prevented them from earning amore comprehensivevictory.

Mount was among those guilty of misfiring in the final third, most notably when he raced through on goal in the second half only to see his shot parried past the post by Hugo Lloris in the Tottenham net.

Chelsea have not conceded a goal since Tuchel was drafted in to replace Frank Lampard, with a 0-0 draw against Wolves and a 2-0 victory over Burnley also recorded, but they are still searching for an effective formula at the other end of the pitch.

Mount concedes thathe and the rest of his team-mates will have to work on that aspect of their game behind the scenes, as he told BT Sport post-match: "We had a lot of control in the first half, we had chances where we need to be more clinical, myself included.

"It is tough to come here and control throughout but we played very well.

"The manager wants us to play in that style and it is working well, it is new and different for some us including me as a false nine and we are all learning.

"It will be difficult for other teams because different formations and tactics means they won't know what we will come with.

"I told him (Thomas Tuchel) I should have scored today and did not have my scoring boots on today. Something to work on in training."

The Blues' match-winner Jorginho was slightlymore upbeat about their latest performance, though, as he added:"We knew it would be a hard game in the derby but we worked hard, created chances and deserved the win.

"We just needed to keep working hard in the second half. The results will come.