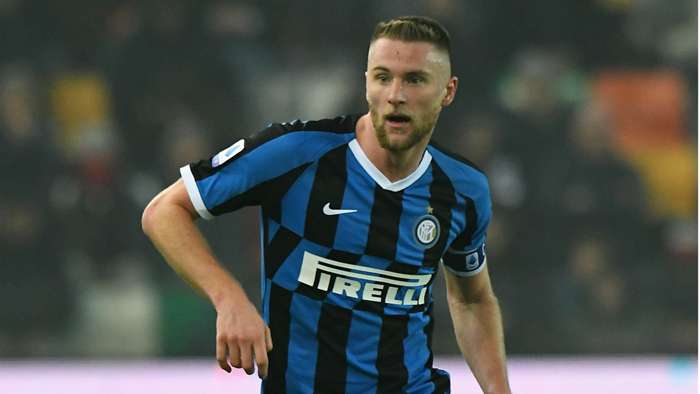 Inter sporting director Piero Ausilio has confirmed they have received contact from Tottenham about centre-back Milan Skriniar but insists that thein-demand defender "is not on the market".

Inter, managed by Antonio Conte, are expected to be busy heading into the final days of the summer transfer window, with players such as Skriniar's fellow central defender, Mateo Ranocchia,linked with a move to fellow Serie A side Genoa.

Ausilio, however, says neither man will be leaving San Siro before October 5, when the window closes, and that they have always rebuffed Spurs' overtures with the north London side yet to make an offer to really turn any heads in Milan.

Ausilio told Sky in Italy:"Ranocchiaremains. There was a discussion withGenoa, but we decided to keep him with us.

"We think he could be very useful, on and off the pitch.Skriniar?I repeat: there was contact withTottenham, but we reiterated that heis not on the market and we have not received any special offers."

He also said talks are still ongoing with Cagliari over a permanent move for Belgium international midfielder Radja Nainggolan.

The 32-year-old spent last season on loan with the Sardinia side, and they have been pushing to make the deal a permanent one. Ausilio, though, says nothing has been set in stone yet.

He said:"There have been no steps forward. We know that Cagliari, directly and indirectly, have confirmed they want to have Radja with them.

"He is still with Inter, he has a two-year contract. We will talk about it and see what to do: if he stays he will be an integral part of the project in a strong and competitive team, otherwise we will meet Cagliari and look for a solution that works for everyone."

One player who will not be lining up in the blue and black of Inter, however, is Marcos Alonso, with Ausilio quashing any talk of a move for the Chelsea left-ack.

Alonso appears to be on the way out of Stamford Bridge, having reportedly fallen out with manager Frank Lampard after being substituted at half-time in Chelsea's 3-3 Premier League draw with West Bromwich Albion, but Ausilio says Inter is not the Spaniard's next destination.