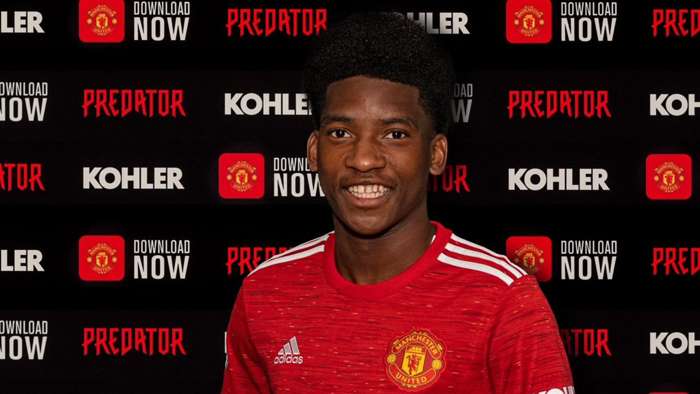 The centre-back will initially link up with the Under-18s and, as one would expect, there is excitement about his potential as the 6'2" defender has already captained France’s U17 side.

The teenager is the latest in a long line of incomings at academy level this summer as they aim to combine the best local talent with the best players from abroad.

There have been three additions from Spain with Marc Jurado, Alvaro Fernandez and Alejandro Garnacho arriving from Barcelona, Real Madrid and Atletico Madrid respectively.

Joe Hugill and Logan Pye, both formerly of Sunderland, also joined the club and the former has already been impressing at U23s level, despite only being 16.

The striker has scored four goals in three starts for the U18s and U23s, with his new coaches delighted with his form.

In addition, Isak Hansen-Aaroen arrived from Tromso and Radek Vitek signed from Olomouc, as United look to bring in some of the finest young talents from all over the world.

The club were also able to finally confirm the signing of Charlie McNeill, who had a prolific goal-scoring record at Manchester City.

The 17-year-old started his career at United before making the switch to City six years ago, but decided not to agree professional terms with the Citizens after having limited opportunity in the club’s U18 side.

United had closely monitored the situation since McNeill left in June and it is understood the two sides agreed a fee of £750,000, which could rise to £1.35m with add-ons.

The fee is based on the number of first-team performances McNeill will eventually make - if and when he breaks into the senior United picture.