‘Mourinho was wrong on Salah & could be with Alli’ – Spurs star would ‘rip it up’ at PSG, says Sherwood
Match

‘Mourinho was wrong on Salah & could be with Alli’ – Spurs star would ‘rip it up’ at PSG, says Sherwood 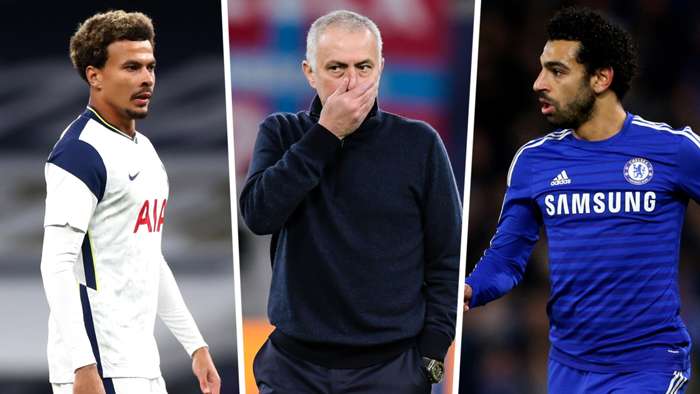 Jose Mourinho has been wrong on players before, Tim Sherwood has told Dele Alli, with Tottenham warned against parting with a player who would “rip it up” at Paris Saint-Germain.

That is because he has tumbled down the pecking order in north London and finds himself frozen out at an ambitious Premier League outfit.

Alli is still only 24 years of age, with it possible for consistency in terms of end product to be added to his game in time.

Mourinho appears to be running out of patience, having taken a similar approach with the likes of Mohamed Salah and Kevin De Bruyne during his time at Chelsea.

Sherwood has urged Spurs against making a decision they will live to regret when it comes to Alli, with there every reason to believe that he can rekindle a spark if allowed to head through the exits.

The former Tottenham player and coach told Sky Sports: “He’s Mourinho obviously seeing something he doesn’t like in training, but Dele will only leave if it’s right for Dele Alli.

“He’s a strong character and has played a lot of games as a very young kid in League One – he played over 100 games before he moved to the Premier League.

“For £5 million, what a bargain! In the space of 12 months he was playing for England and worth £25m-plus. God knows what he is worth now.

“I think he’s still a good player, he’s just got to roll his sleeves up and prove the manager wrong.

“Jose has not always got it right in regard to seeing if a player can make it or not. Mo Salah springs to mind, Kevin De Bruyne springs to mind – they had to go somewhere else to prove him wrong. I think he Alli can do that.

“The last thing Tottenham want to do is let him go to a top club, like PSG. He will absolutely rip it up there and score one in two.

“He can be a prolific goalscorer if played in the right way. He needs to play off the frontman, he needs to keep bombing into the box.

“He’s a great size, fantastic energy, he has not turned into a bad player. He needs to knuckle down and try to get his career back on track.”