Manchester United head coach Ole Gunnar Solskjaer has revealed he has open and honest conversations with Paul Pogba.Since Raiola made his explosive comments in December, Pogba’s... 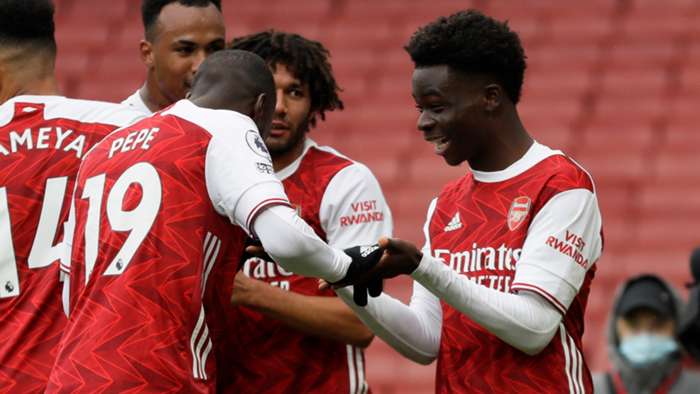 On a weekend when the focus at Arsenal has been all about new arrivals, it was fitting that the Gunners' club-recordsigning came off the bench to lift the gloom against Sheffield United.

That news, combined with Thomas Partey looking unlikely to join from Atletico Madrid, has seen most of the early season optimism sucked out of anArsenal fanbase that hasbeen desperate to see new midfield options arrive ahead of Monday’s transfer deadline.

It isnow looking unlikely that Arsenal will add to their squad as the club’s business in the next 36 hours is set to be focused on outgoings,with Lucas Torreira, Sead Kolasinac and Matteo Guendouzi all potentially facing exits.

That has led to a sense of doom and gloom around the club, with supportersfrustrated by what they view as a lack of ambition from owner Stan Kroenke and the board.

And that mood was nothelped by dull and uninspiring first-half performance against Sheffield United, one that was devoid of any creativity or flair in the attacking areas.

Willian was brought back into the side by Mikel Arteta, operating on the right-hand side of a front three which included Pierre-Emerick Aubameyang and Eddie Nketiah.

But with the midfield of Dani Ceballos, Mohamed Elneny and Bukayo Saka struggling to offer much in terms of supply line behind them, the hosts struggled to create anything of note during a drab opening 45 minutes.

As has been the case in previous games this season the forwards have been left isolated,with Aaron Ramsdale only called into action oncewhen he had to be alert to tip over an excellent effort from distance from Aubameyang.

Arsenal desperately needed something in the second half, and they got the spark they were looking for through Nicolas Pepe, who was brought on for Nketiah with just over half an hour remaining.

Within three minutes of his introduction, the £72 million signingfrom Lille had played a key role in what was a fabulous opener for the home side.

Pepe, Elneny, Aubameyang and Ceballos all combined to play in Hector Bellerin down the right, and the Spain international's cross was perfect forSaka to head in at the back post.

It was the teenager’s first goal of the season ashe became the youngest Englishman to score at home in the Premier League for Arsenal since Alex Oxlade-Chamberlain in 2012 in the same week that he received his maiden international call-up for the Three Lions.

The move which led to the goal had been totally out of keeping with Arsenal’s performance up to that point, and things would get even better three minutes later when Pepe doubled the lead with a fabulous individual strike.

It has been a frustrating first month ofthe season for the Ivory Coast international, who has started all four of Arsenal’s league games so far on the bench, but he showed why he can be such an asset for Arteta this season with his scintillating run and finish.

Having picked up the ball on the half way line, Pepe played a one-two with Bellerin before driving towards the box and placing a perfect curling effort into the far corner past the outstretched hand of the diving Ramsdale.

It was a wonderful goal by a player who still has much to prove following his big-money move from France, but one who undoubtedly has the talent to make a real difference in the the final third.

Arteta’s side did have to endure a nervy final few minutes after David McGoldrick pulled a goal back for the visitorswith an excellent finish, but they saw the game out to earn a third win from four in the Premier League this season.

Focus will again now switch to the transfer window and what may or may not happen before Monday’s 11pm BST (6pm ET)deadline.

Should that deadline pass with no further arrivals, the usual criticism will no doubt come Arsenal’s way regardinga lack of ambition in the market.

There is no doubt that the Gunners need more, especially in midfield, but there is still plenty to be excited about in this squad.