'No pre-season, new signings and injuries' - Chilwell explains why Chelsea haven't gelled yet despite £220m spend 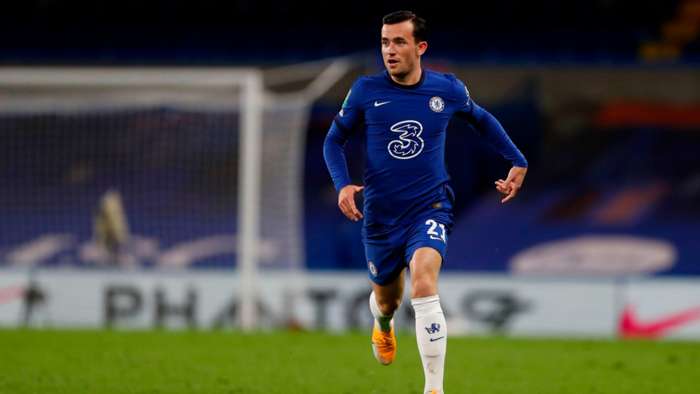 Ben Chilwell has explained Chelsea's inconsistent start to the season and has urged caution in the club's long-term aim to get back to the top.

However, despite the new £50m ($65m) signing from Leicester City coming to emulate Ashley Cole by winning a host of titles in west London, Chilwellhas urged fans to give time to the group to gel together.

"I think it's the same at all clubs really, there's been little to no pre-season really," Chilwell said at his unveiling press conference. "It kind of feels like it's gone straight from the back of last season into this season.

"Players have come in, Covid isn't helping things, then injuries, including myself, Hakim, Christian. Key players and new signingshaven't been able to train with the squad as much as we'd like.

A heel injury sustained at the end of last season with Leicester meantChilwell missed Chelsea's first few matches and he has only been able to turn out in the Carabao Cup.

On the same day that Gareth Southgate announced his inclusion in the England squad, the 23-year-old admitted that it has been difficult to not be able to hit the ground running at Stamford Bridge.

"It's been frustrating because you want to play and when you join a new football club you want to train and play straight away and help the team," Chilwell added. "But it was one of those things where if I rushed it I would have made it a lot worse.

"Credit to the staff here because they kind of helped me a lot in terms of managing the load and when I do come back I'm fully fit and, touch wood, not have another episode where it might flare up again.

"That's the reason for building me back into match minutes slowly, which I'm beginning to appreciate now because it's important I get it right.

"I'm fit now, I played against Tottenham for 65 minutes and felt very fit, but I knew it was only going to be 60, 65-minute job for myself. It's an injury I can't miss steps out and jump to play at 90 straight away because it will only aggravate it.

"Fitness-wise, I felt good after the game, which is positive. I trained today,I'm ready for the weekend."

His return to fitness is timely after Lampard hada falling out with Marcos Alonso, who had started each of his side's Premier League games ahead of the weekend's match against Crystal Palace.

Ultimately, the ambition following Chilwell's move is to win trophies and he praised Lampard's impact on getting him to join the club, along with fellow new signings Kai Havertz, Timo Werner and Hakim Ziyech.

"I spoke to the manager here and straight away I got that feeling you want to play for him, want to win for him," Chilwell concluded. "He won a lot of silverware here. It's important to play for a manager that has played for the club I'm joining, loves the club and knows what it takes to win trophies here.

"I think that's a big reason why a lot of players joined here. His man-management seems top,even the boys who aren't playing will tell you that as well. Tactically, he's very good and before I met him seemed like a really good guy you wanted to do well for.

"That was the main reason I wanted to come. I think with the players we've got here and the players who have been bought in, as well as the coaching staff, it's a good recipe for things that can happen this season.

After conceding 54 league goals last season, it is hoped that Chilwell along with fellow defensive signing Thiago Silva can help improve the defending at Chelsea.

Chilwell said: "We're working a lot on the training pitch defensively in terms of hopefully conceding fewer goals from set-pieces and open play.