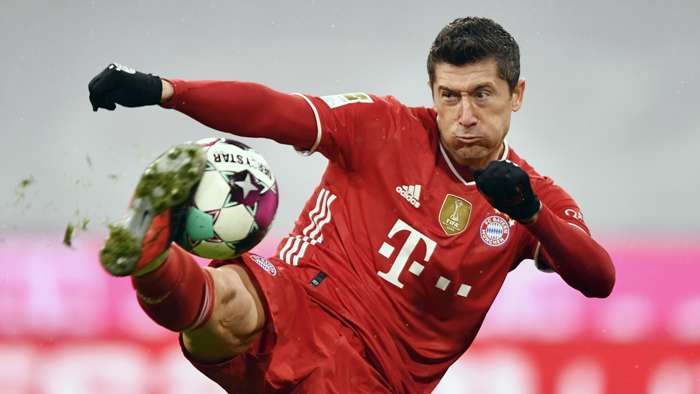 Bayern Munich travel to the Stadio Olimpico on Tuesday evening to face Lazio in the first leg of their Champions League last-16 tie, with Hans-Dieter Flick's side clear favourites to progress.

Lazio, for their part, are one of the most in-form teams in Serie A with seven wins in their last eight matches to move into contention for next season's competition.

Simone Inzaghi's side were unbeaten in the group stages, recording two wins and four draws to finish second in Group F behind Borussia Dortmund.

Lazioare without Luiz Felipe and Stefan Radu, while Andrea Pereira was missing from the weekend win over Sampdoria but could return here.

The visitors have a long list of absentees with Serge Gnabry, Corentin Tolisso and Douglas Costa all injured, while Benjamin Pavard and Thomas Muller have coronavirus.

On paper this is one of the most one-sided ties in the last-16, with the defending champions facing a side that are playing in the knockout stages for the first time in two decades.

In practice, however, the game could well be closer than many expect, with injuries and fatigue seeming to impact Bayern in recent weekswhile their opponents are enjoying their best run of the season.

Only one player in Europe out-scored Bayern's Robert Lewandowski last season and that was Lazio's Ciro Immobile, with the Italy forward boasting 19 goals in all competitions this term -five of which came in the Champions League.

The Serie A team netted in all six group-stage matches and they have the firepower to contribute to a high-scoring game, whilst Bayern have conceded in 15 of their last 17 Bundesliga matches and have kept just one clean sheet in their last five Champions League encounters.

Both teams to score and over 2.5 goals is priced at 8/11 (1.73) and looks like an excellent selection given both sides' respective records.