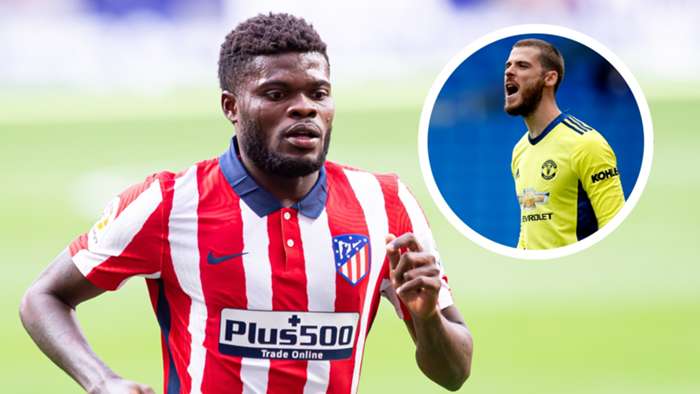 A £45 million ($58m) deal was pushed through as the clock ticked down, with Mikel Arteta able to land a player that he identified as a top target.

Arsenal had been urged to find another Patrick Vieira for their engine room, and have ticked that box by bringing in Partey.

Banos expects the 27-year-old to thrive in English football, with his ability to compete at the very highest level having been noted at a young age.

“Over the years I was fortunate enough to coach guys like Lucas Hernandez and David de Gea. But the truth is that Thomas was a player who made the difference. He had great potential.”

On the qualities that he first spotted in Partey, Banos added: “Above all, it was the precision of his passing.

“He was very effective in terms of his delivery. He also covered a lot of ground and positioned himself well on the pitch tactically.”

That skill set should serve the combative midfielder well at Emirates Stadium, with Arsenal acquiring a player that is seemingly tailor-made for English football.

“I have always said that he is a perfect player for the Bundesliga or the Premier League because of his style of play,” said Banos.

“He is a player who is ready and well-suited to succeed at a club like Arsenal.”

The Gunners will be hoping to take Partey’s game to even greater heights in north London, with Banos convinced that there is more potential to be unlocked in a player that has already made rapid progress.

He added: “I think the thing he has improved most in recent years is his final pass.

“He is notjusta defensive midfielder. He is now a more adventurous player, with freedom in his movements and scoring ability.”