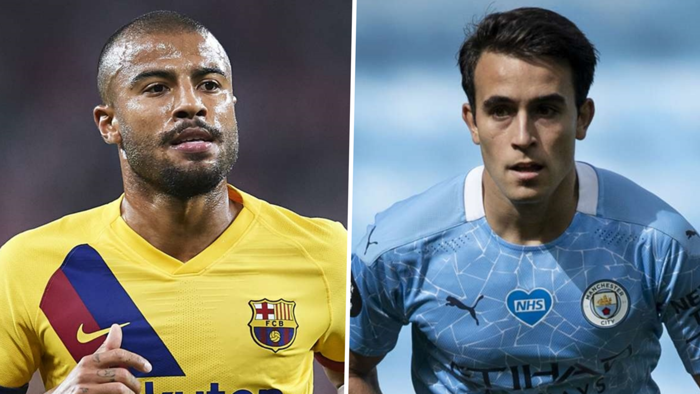 Barcelona midfielder Rafinha is unaware of any interest from Manchester City in a swap deal involving Eric Garcia and has accepted he is likely to stay with the Catalan club this season.

Garcia has been subject to strong interest from Barcelona, where he came up through the youth ranks before moving to City in 2017.

Pep Guardiola revealed in August thatGarcia did not want to sign a new contract at the Etihad Stadium,with his current deal running out at the end of the season.

Rafinha is another player whose contract is set to expire at the end of the 2020-21 campaign, and the 27-year-old's future is up in the air after taking in loan spells at Inter and Celta Vigo in recent seasons.

Reports have mentioned Rafinha's name in a possible swap deal involving Garcia, but sources tell Goal that the midfielder has not been told anything about a move to the Etihad.

One year ago, Rafinha and Barcelona agreed that the Blaugrana would allow him to depart should they receive a bid of €16 million (£15m/$19m).

Though there has been interest from several clubs in Rafinha's services, none of the offers have come close to that amount as interested sides remain hamstrung by financial limitations stemming from the coronavirus crisis.

CeltaVigo are one of the interested teams after Rafinhamade 29 La Liga appearances for them on loan last season, scoringfour goals.

With Barcelona unwilling to lower their€16m asking price, Rafinha has accepted that he may be forced to stay at Camp Nou this season and play out the remainder of his contract before leaving the club next summer.

The Brazilian, who was an unused substitute in Barcelona's season-opening 4-0 win over Villarreal on Sunday,will be free to sign a pre-contract with any interested club in January.

Garcia, meanwhile, has made two appearances for Guardiola's side this season as he continues to be strongly linked with a return to the club where he rose through the ranks ofLa Masia.