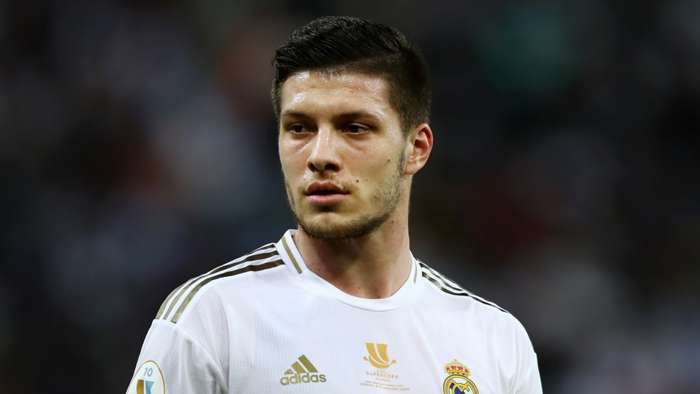 Real Madrid director Emilio Butragueno has insisted the club is "calm" over Luka Jovic's form after the striker missed multiple golden chances in a 1-0 win overReal Valladolid on Wednesday.

Vinicius Junior would eventually replace Jovic and go on to score the game's only goal in the 65th minute as Madrid won their second straight La Liga match.

It was another frustrating evening for Jovic, who has struggled to show his best form since making a€70 million (£62m/$79m) move from Eintracht Frankfurt in June 2019.

The Serbian scored just twice last season and has not found the net in two La Liga starts this campaign. In 10 total starts with Madrid, Jovic is still looking for his first goal.

However,Butragueno insisted after the game thathe was happy with the 22-year-old's performance and said he is still confident Jovic will eventually come good for the Blancos.

"Jovic's header deserved a goal,"Butragueno said."He was very good. The goals will come. We are calm."

Jovic has been linked with a move away from Madrid, with Manchester United,Roma,AC MilanandInter all linked in recent weeks.

Madrid head coach Zinedine Zidane hasnot ruled out the possibility that Jovic could leaveand when asked about the striker earlier on Wednesday he said:"You have to take everything into account.

"Until the fifth of October, the market is open. We will see. The players are fine and that's what interests me."

Madrid were dealt a blow on Wednesday when another one of last summer's big-money additions, Eden Hazard, suffered a setbackwith a muscle injury in his right leg.

Reports inSpainare suggesting that the ex-Chelsea star could be unavailable for the next 20 to 25 days, which means he may be forced to sit out the first Clasico of the 2020-21 campaign against Barcelona on October 25.

Though, like Jovic,Hazard also failed to live up to expectations in his first season at the Santiago Bernabeu,Butragueno recognised that the Belgian's injury was highly damaging to his side.