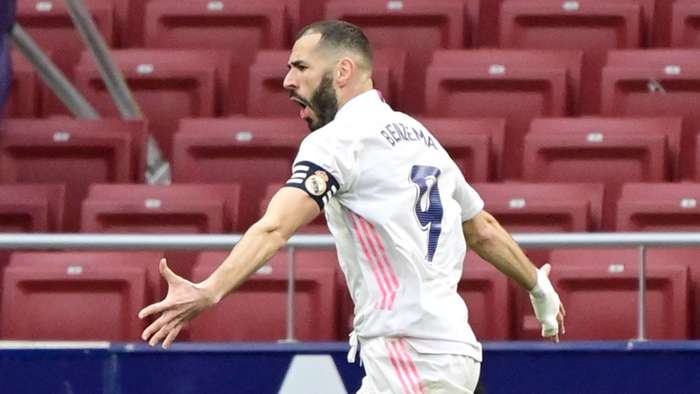 Real Madrid are aiming to book their place in the Champions Leaguequarter-finals on Tuesday evening when they welcome Atalanta to the Estadio Alfredo di Stefano for the second leg of their last-16 tie.

Zinedine Zidane's side lead their Serie A opponents 1-0 on aggregate after victory in Bergamo and will qualify for the last-eight of the competition for the first time since 2018 if they come through this clash.

Atalanta, for their part, have won their last five away games in the Champions League and kept a clean sheet in all three of their away group games this term but Gianpiero Gasperini's men are out at 12/5 (3.40) to claim another victory.

Both Sergio Ramos and Eden Hazard returned from injury against Elcheat the weekend but the Belgian is out for this one alongside Dani Carvajal and the suspended Casemiro.

Atalanta are without midfielder Remo Freuler, who has started all seven matches this season in the competition but is suspended following his early red card in the first leg.

After Freuler's red card in the 17th minute of the first leg effectively ended that match as a contest, the visitors head to the Spanish capital only a goal down and, realistically, with nothing to lose.

Finding the back of the net is something comes naturally to the Bergamo outfit, having beenthe top scorers from thelast twoSerieAseasons and scoring10 times in their four matches since hosting Real on February 24.

Meanwhile, the last time Madrid failed to score in the home leg of a knockout tie in the competition was back in the semi-final of 2011 and Los Blancos should also be able to find the back of the net, as they have done in their last 12 games in all competitions.

The first leg was a game conditioned by the early dismissal butTuesday's match should provide the goal-filled encounter we expected in northern Italy last month.

Both teams to score and over 2.5 goals is priced at evens (2.00) and looks like a tempting option given the two sides' respective scoring form.