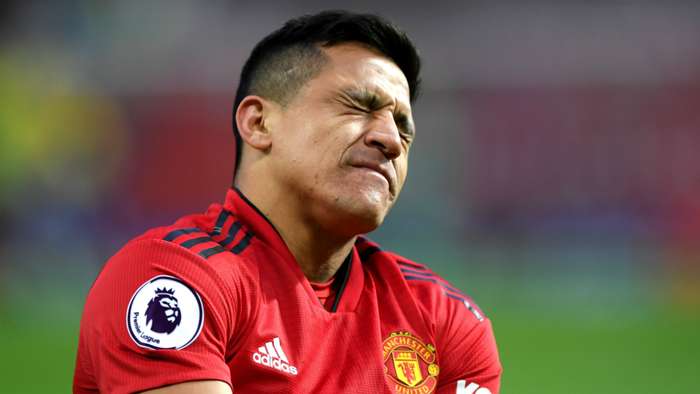 Alexis Sanchez admits he needed “different air” after flopping badly at Manchester United, with the Chilean feeling good about his game again after linking up with Inter on a permanent basis.

A loan move to San Siro was eventually sanctioned in 2019, allowing the 31-year-old to start afresh.

Injury issues prevented him from making the desired impact back in Italy, but the former Udinese forward did enough to convince Inter that he was worth persevering with once his contract at United was cancelled.

Sanchez is starting to rediscover his confidence and concedes that he needed out of Manchester after finding the going surprisingly tough with the Red Devils.

He told Sky Sport Italia: “I feel good, I just missed playing more. The more I play, the better I feel.

“I want the ball to make assists and score goals, I’m happy because I feel fit, I do the job I love and I have always been used to playing for great teams.

“After the experience at Manchester United, I wanted to breathe a different air. When I arrived at the Nerazzurri, I found Antonio Conte. He’s a coach who doesn’t let you give up.

“The group also want to win, they have created a family in all senses at Appiano.”

That bond which has formed under Conte, along with considerable investment in fresh faces, has allowed Inter to become serious title contenders.

Sanchez is, however, adamant that nobody in Milan will be getting ahead of themselves after opening the 2020-21 campaign with back-to-back wins in Serie A.

He added, after contributing two assists through as many outings: “The first match was difficult. We were down 3-2 and came back to beat Fiorentina 4-3.

“The determination and desire must always be there when you play for Inter.

“It’s only two games, it’s too early to think big. We need to improve in terms of mentality, play and in defence.

“I think we’re doing well, but we can do better. It’s too early to talk about the Scudetto, I can talk about it later on.