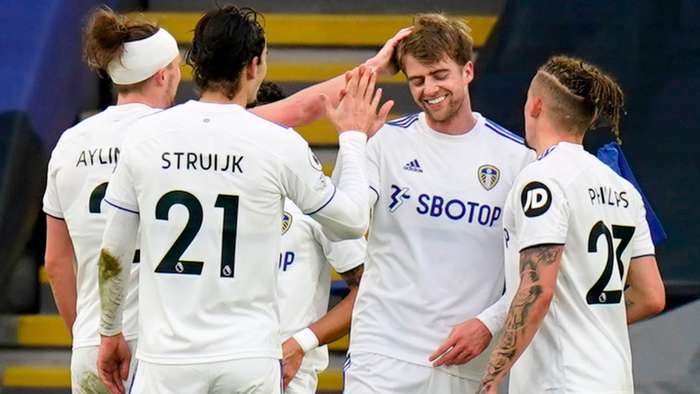 Southampton are looking to reignite their season when they travel to Elland Road to face Leeds United on Tuesday night.

In the same time, Leeds have won six and lost six to sit just two points above their visitors, having most recently gone down 1-0 at Wolves.

Marcelo Bielsa’s men have lost three of their last four top-flight games but are 13/10 (2.30) favourites with bet365 to move up to 10th with victory here.

Southampton have lost six and drawn one of their last seven in the Premier League and can be backed at 21/10(3.10) to pick up three points for the first time since January 4.

Robin Koch is nearing a return but this game comes too soon, whilst Kalvin Phillips, Ian Poveda, Rodrigo, Gaetano Berardi and Adam Forshaw all still injured.

Stuart Armstrong missed Southampton’s draw against Chelsea last time out but should be fit for this one, leaving Theo Walcott, Ibrahima Diallo, Kyle Walker-Peters, Michael Obafemi and William Smallbone as absentees for the Saints.

Leeds’ inconsistent season continued on Friday night with defeat at Wolves but that was the first time in six games they had failed to score, although they did manage seven shots on target from 59 per cent possession.

Given the unfortunate nature with which they conceded – Adama Traore’s long-range shot hit the woodwork and rolled into the goal off the back of the sprawling Illan Meslier - the Whites will certainly take heart from that match ahead of this fixture against a struggling Southampton.

Even discounting the 9-0 defeat at Old Trafford which saw the Saints go down to 10 men inside two minutes, the other six games in their current winless run have seen Hasenhuttl’s men concede 12 times.

Having shipped more than once in five of their last seven, Southampton could have their work cut out against a Leeds attack that is the sixth-highest scoring in the division.

The Whites have scored twice or more in five of their most recent six in the Premier league and backing them to net over 1.5 goals again on Tuesday looks a strong option at 10/11(1.91) with bet365.