Which footballers play FIFA 21 and who are the best at the game?
Match

Which footballers play FIFA 21 and who are the best at the game? 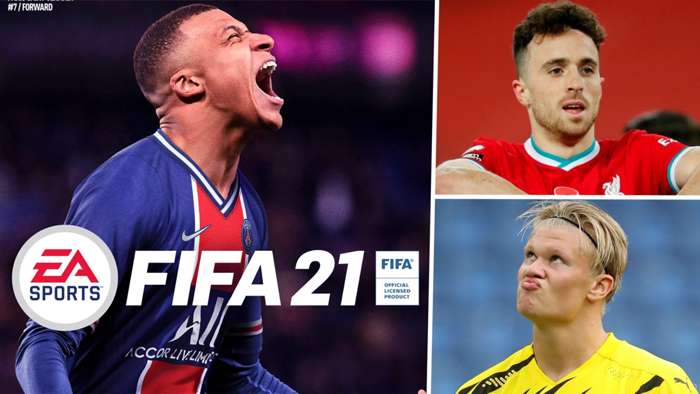 Professional footballers are notoriously competitive and it is hardly a revelation considering the nature of their careers, where they must maintain the highest standards.

However, the competitive spirit is not confined to the grass pitches where they carry out their day jobs - it's also evident when they play video games such as FIFA 21.

So, which footballers play FIFA 21? More importantly, who is the best?Goal takes a look at some of professional football's star eFootballers.

Paris Saint-Germain striker Kylian Mbappeand Borussia Dortmund star Erling Haaland are the highest-profile FIFA gamers, with both players having featured heavily in the promotion of the latest game.

Along with Atletico Madrid's Joao Felix and Liverpool star Trent Alexander-Arnold, who also play the game, they are FIFA 21 ambassadors for EA Sports.

A look at the FIFA 21 Pro Player Cards list gives a picture of some of the real-life professional footballers who play the game in their spare time.

The Pro Player Cards are gifts given to players by EA Sports and players or their agents can reach out to the business in order to request one.

Manchester City stars Sergio Aguero, Phil Foden and Kevin De Bruyne each have a card, suggesting that they are among a cohort of FIFA gamers at the Etihad Stadium.

It seems likely that Alexander-Arnold plays FIFA with team-mates Diogo Jota and Harvey Elliott, who also have FIFA 21 Pro Player Cards, as well as other Reds stars such as Virgil van Dijk, who had one for FIFA 20.

A number of other England stars play FIFA too, including Chelsea playmaker Mason Mount and West Ham midfielder Declan Rice.

Here is a list of someof the players who have FIFA 21 Pro Player Cards.

The likes of Cristiano Ronaldo andLionel Messi have also been seen playing FIFA games over the years, usually in their roles at events to help promote the games.

Paul Pogba, Wayne Rooney, Neymar, Isco and many more have played the game at various stages, but they are not as wedded to the game as those in the list above.

The likes of Pierre-Emerick Aubameyang, Dani Carvajal, Joao Cancelo, Callum Hudson-Odoi, Jadon Sancho and many others haveor at one time have hadPro Player Cards.

Others who have or had cards include Donny van de Beek, Paulo Dybala, Antoine Griezmann and James Rodriguez.

The truth is, loads of real-life professionals play FIFA 21 in their spare time, but only a relatively small cohort of elite-level stars shine on the virtual plane.

Diogo Jota has a strong claim to being recognised as the best FIFA 21 player in the professional footballer community.

While there may be plenty of claims to the title of best FIFA player, Liverpool and Portugal star Jota actually topped the FIFA Ultimate Team Champions leaderboard in February 2021.

He won 30 games in a row in the highly competitive FUT Champions tournament, which means he defeated some of the best FIFA players in the world, including professional gamers.

It wasn't the first time Jota came out on top in such a tournament, having been crowned the king of the inaugural ePremier League invitational in April 2020.

Then representing former club Wolves, Jota defeated his soon-to-be team-mate Alexander-Arnold - who beat Raheem Sterling in the semi-final -in the final.

James Maddison won the second ePremier League invitational in May 2020 when he beat Sheffield United and Republic of Ireland defender John Egan.