Who is Joao Felix? Everything you need to know about the Atletico Madrid star
Match

Arteta responds to claims Arsenal captain Aubameyang is ‘past his b...

Mikel Arteta has shrugged off claims that Pierre-Emerick Aubameyang is “past his best” and “lost his superpower”, with the Arsenal boss adamant that the Gunners’ club captain st...

Who is Joao Felix? Everything you need to know about the Atletico Madrid star 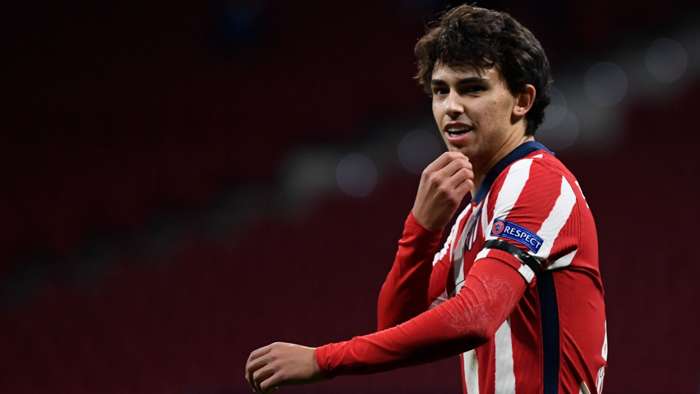 He has been tipped as a future Ballon d'Or winner, but Joao Felix may have flown under the radar for some.

In case you were wondering who he was and what sort of player he is, Goal brings you everything you need to know about Atletico Madrid's star man.

Joao Felix is a footballer who currently plies his trade with Spanish club Atletico Madrid.

Born in the central Portuguese city of Viseu on November 10, 1999, he began his career with Benfica, climbing through the ranks in Lisbon to make his senior bow in the 2018-19 season.

He scored 15 league goals in 26 appearances during his breakthrough campaign and impressed in the Champions League as well as the Europa League.

He was crownedGolden Boy after his breakthrough year in 2019 and his form attracted the attention of many of Europe's elite clubs, including Manchester City.

Felix ultimately signed for Atletico Madrid after the Rojiblancos smashed their club transfer record to sign him.

It was the third-highest transfer fee ever paid for a footballerand Joao Felix became the second most expensive teenager of all time in the process, behind Kylian Mbappe.

To put it into perspective, the fee paid for Joao Felix was more than what Barcelona paid to sign Antoine Griezmann (€120m), the player he ostensibly replaced, as well as being higher than the figures paid for the likes Cristiano Ronaldo, Paul Pogba and Gareth Bale.

Joao Felix is an adaptableforward andis capable of playing anywhere across the attacking line.

He is currently playing as part of a front two - as a supporting striker -along with Luis Suarez,but can also play on the wing or slightly deeper as an attacking playmaker or No. 10.

"He is a different player, something that we did not have in the squad. He is still a young boy, he has room to grow and you have to leave him alone," Atleti defender Stefan SavictoldGoal last December.

"He has chosen the best possible club to grow. He has a great future and if he continues like this, I have no doubt that he can be a great player or a Ballon d'Or winner, but, before that, he has to win something with the club."

So what sort of player is he exactly?

Felix has been likened to Brazil legend Kaka, though much of that comparison has grown out ofthe fact that he is talland fashions a similarly floppy hairstyle.

He has also been compared to Antoine Griezmann and he certainly plays in a similar role as the France international, whose No. 7 jersey he assumed.

Interestingly, it has been suggested that Felix needs to be used in a 'Messi role' at Atleti, which would suggest he should be the focal point of attacks, though it remains to be seen if he can live up to such a comparison.

Portugal is the national team of Joao Felix and he has beena regular for the senior team since making his debut in 2019.

When Cristiano Ronaldo is available for selection, the veteran attacker is normally the focal point of the attack and, if he plays centrally, then Felix plays off him on the wing.

Ole Gunnar Solskjaer is not surprised that clubs are interested in signing Ma...
More