Who will win the Champions League in 2020-21? The favourites, outsiders, underdogs & latest odds
Match

'It is coming' - Mourinho hints at Premier League return for impres...

Dele Alli's one-goal, two-assist performance in Tottenham's 4-0 Europa League romp on Wednesday convinced Jose Mourinho that he may soon hold a full-time place in the lineup.Giv... 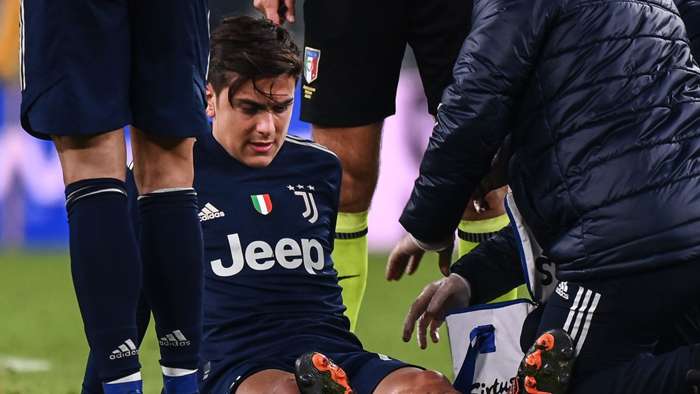 Juventus star Paulo Dybala has flown to Barcelona to undergo specialist treatment on a knee injury, Goal has learned.The Argentine is approaching two months in the sidelines wil...

Who will win the Champions League in 2020-21? The favourites, outsiders, underdogs & latest odds 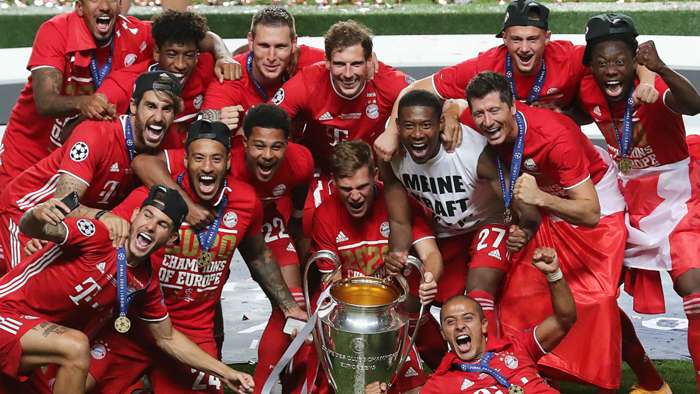 The Champions League group stage has been drawn and the 32 teams know who their first six games of the tournament will be against.

Bayern Munich are 4/1 (5.0) to win the Champions League again following their triumph at Estadio da Luz in August 2020.

Kingsley Coman scored the winning goal to round off an incredible campaign by the Bundesliga champions, with Hansi Flick’s men winning every single game and netting 43 times in the process.

The title holders will be confident of reaching the knockout stages again, having been drawn into Group A with Atletico Madrid, Red Bull Salzburg and Lokomotiv Moscow.

Manchester City are 4/1 (5.0) to break their duck and win the Champions League for the first time.

Pep Guardiola has previously won the tournament with Barcelona, but has yet to progress past the quarter-finals during his four seasons with City.

Drawn into Group D, the Reds will be back themselves to progressbut will no doubt face tough tests from Ajax, Atalanta and Midtjylland.

PSG reached the Champions League final for the first time ever last season and are 11/1 (12.0) to go one step further this time.

Boasting one of the most fearsome attacks in world football, the likes of Neymar and Kylian Mbappe will need to be at their best to overcome a tough group featuring Manchester United and RB Leipzig.

Real Madrid are 12/1 (13.0) to win the Champions League for the fifth time in eight seasons.

Zinedine Zidane’s side won it an extraordinary four times between 2014 and 2018 and as the most successful side in the competition’s history, will be out to lift the trophy for the 14th time in their history.

Most neutrals will certainly be glad that Messi remained at the club as Barca are in Group G alongside Juventus, meaning the Argentine will clash with Cristiano Ronaldo once again.

The Serie A champions have lost in the final five times since last winning it in 1996, and their progress will likely rest on the form of Cristiano Ronaldo.

Chelsea are 20/1 (21.0) to win the Champions League and may prove a popular bet after being handed a relatively straightforward group.

Frank Lampard’s side will play Sevilla, Krasnodar and Rennes as the former Blues midfielder searches for European glory and his first trophy as manager.

Atletico Madrid have proven themselves to be an incredibly tough side to break down in the last decade and are 20/1 (21.0) to finally win the Champions League.

The staunch defence of Diego Simeone’s men makes them a side that nobody wants to face, but the Spanish side are yet to lift this trophy after losing the final in 2014 and 2016 to Real Madrid.

Manchester United are available at 25/1 (26.0) after sneaking into the Champions League on the final day of last season, but face a tough test in the group stages against PSG and RB Leipzig.

Also 25/1 (26.0) areBorussia Dortmund, who are one of the most exciting young sides in the competition but it remains to be seen if that translates into European glory.

Serie A pair Inter and Atalanta are both 33/1 (34.0), prices which may come as a surprise considering they finished just one and five points, respectively, behind champions Juventus last season.