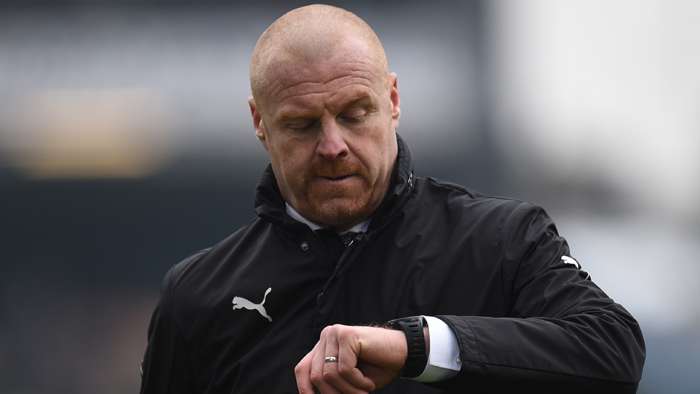 Managers are confused about the state of refereeing in the Premier League, according to Burnley manager Sean Dyche.

The French winger scored a superb individual effort after receiving the ball from Wilson in midfield, bamboozling the visiting defence with two quick changes of direction before firing in off the post from the edge of the area.

"I don't know why the referee doesn't give that. It's just weird now,” Dyche said to Sky Sports.

“You touch someone's ear and they fall on the floor and it's a foul - and then our centre-half is quite clearly knocked off the ball without any intention of the centre-forward to try and actually bring the ball down and he doesn't give it.

"It's bizarre. I don't know what's happening in the game,I really don't. Most managers are confused and I speak to a few. Brucie Steve Bruce and I were laughing about it in the end.

"I think football is in a very strange state as regards the physicality and the officiating of the games."

"I couldn't believe that wasn't a yellow card,” Bruce said.

“He needs protecting, that's for sure. The mentality will be to get after him physically.

Saint-Maximin, meanwhile, was simply happy to cap a fine individual performance with a goal and an assist – the 23-year-old’s first such contributions of the new season.

"I saw a lot of players in front of me. I tried to dribble, because that’s the way I play. I’m really happy to score this goal for my team today.