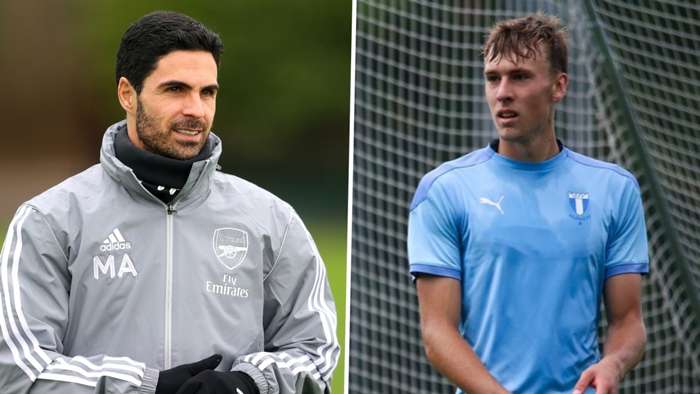 Moller, a Sweden Under-19 international, had his medical at London Colney on Monday and the deal is expected to be finalised before Monday’s 11pm transfer deadline.

He will then link up with Steve Bould’s U23s squad, rather than Mikel Arteta’s senior side.

Moller will be the latest in a series of signings to bolster Bould’s squad for the coming season, following on from the additions of George Lewis, Tim Akinola and Jonathan Dinzeyi.

The striker, who spent 18 months in Italy with Bologna before returning to Malmo in January, is believed to have agreed a four-year contract with the Gunners.

Meanwhile, Arsenal have made a late move to sign Thomas Partey from Atletico Madrid before the transfer deadline, Goal has learned.

The Ghana international - who has a release clause of £45 million (€50m/$58m) - has been a priority target for the Gunners all summer.

Discussions with Atletico have taken place during the past few months, with Arsenal hoping to land the midfielder for a fee less than his release clause, but Atletico have consistently stated that the only way Partey will be leaving this summer is if that clause is activated.