Barcelona in transfer deadlock over Depay but optimistic of Garcia deal 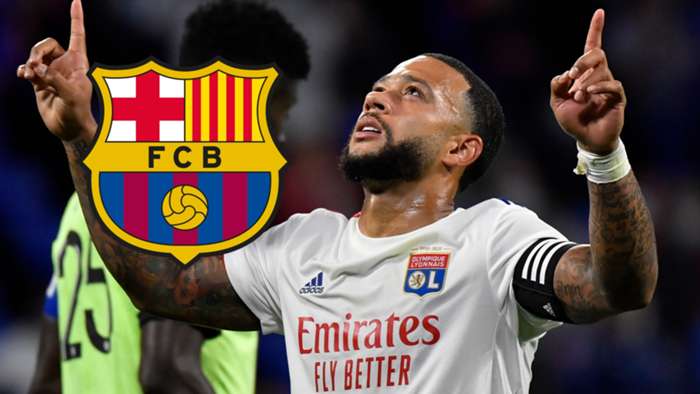 Barcelona find themselves in a transfer deadlock over Lyon talisman Memphis Depay on deadline day, but are optimistic of finalising a deal for Manchester City defender Eric Garcia.

The 26-year-old forward has made no secret of his desire to move onto a new challenge, and Lyon sporting director Juninho has confirmed that a prized asset already has an agreement in place with the Liga giants.

"He is in his last year ofcontract. He agreed with Barca. Maybe he will leave tomorrow, but nothing is certain," Juninho told Telefoot on Sunday.

Goal can confirm that Barca are aiming to close the signing of Depay for around €25 million (£23m/$29m), but cannot finalise the transfer unless Ousmane Dembele leaves the club.

Manchester United have been heavily linked with a loan move for Dembele, and theBlaugrana are waiting for the Premier League outfitto submit an official offer, but will only consider a permanent sale as they bid to reduce their wage bill by getting the Frenchman off their books.

Dembele's departure would leave the door open for Depay to complete a switch to Camp Nou, with Barca currently prioritising the deal ahead of their pursuit of City defender Garcia.

The Catalan club have already seen an opening bid of €8m (£7m/$9m) for the Spaniard turned down by the Blues, but are confident of being successful with a second offer in the region of €15m (£14m/$18m) due to Ruben Dias' arrival at the Etihad Stadium from Benfica.

Goal has learned that Barca are planning to offload several more players in addition to Dembele, with Jean-Clair Todibo, Rafinha, Martin Braithwaite, Carles Alena and Junior Firpo all on the chopping block.

Samuel Umtiti has also been made available for transfer, but the Blaugrana are expecting him to stay put for another year due to the fact his €6m (£5m/$7m) wage packet is likely to put off any potential suitors.