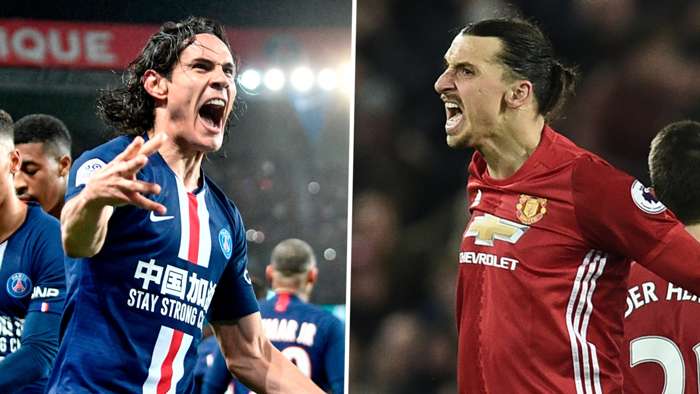 Edinson Cavani has the potential to be Manchester United’s new Zlatan Ibrahimovic, says Andy Cole, with the experienced striker a risk worth taking for the Red Devils.

La Liga giants Atletico Madrid appeared to be leading the chase for his signature at one stage, with an offer on the table, but no agreement has been pushed through and United are ready to pounce.

Questions have been asked of whether the Red Devils need to be landing a 33-year-old on a lucrative contract, but a similar gamble was taken on Ibrahimovic in 2016.

The Swede made a telling contribution at Old Trafford, winning three trophies, and Cole believes Cavani is capable of making the same kind of impact.

“Hopefully he’ll work out like a Zlatan. Zlatan was unbelievable, not just around the place but as a person. I spent a bit of time with him, what a funny guy he is. He always believes in himself but also tries to bring the rest of the team on as well.

“If you look at Cavani’s record, he’s an individual who will get the little tap-ins, he can pick the ball up and take on a couple of players and put it in the top bin. He has those qualities.

“If you watch him over his career, wherever he has gone – I watched him numerous times at PSG – some of the goals he gets are really good quality striker goals, and that’s what Manchester United need.

“Yeah, we can say they need a centre-half, they need a left-back, a midfielder, the list could be endless, but now they’ve got a proven goalscorer who you know can get goals in the Premier League.

“Anthony Martial is still a baby, he’s still learning his job. We all know how good a player he is, but on the flip side of that he can be a little bit inconsistent. A lot of Man United fans want to see him do it week in, week out.

“Someone like Cavani coming in, we know what we’re going to get – proven goalscorer, he works extremely hard, he’ll score all types of goals. Man United love an individual who can score goals.”