Chilwell 'hungry' for success with Chelsea after unlikely debut double 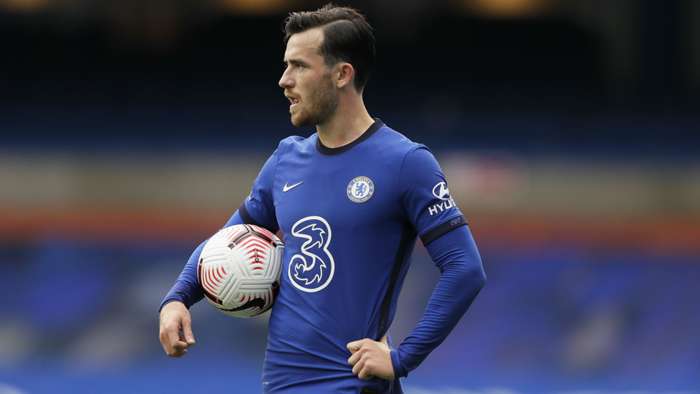 Ben Chilwell hopes Chelsea can build on their 4-0 win over Crystal Palace after becoming just the third player to both score and assist on their Premier League debut for the club.

The England international, not fit to feature in Chelsea's first three leagues in the new campaign following his move from Leicester City, then turned provider to help the hosts double their lead.

It was the defender's cross that allowed Kurt Zouma to head in a second, with a pair of Jorginho penalties helping Frank Lampard's team run out comfortable winners.

With his unlikely double, Chilwell - who created a total of three chances during proceedings - matches the achievement of former Blues duoDeco (August 2008) and Alvaro Morata (August 2017), who also grabbed a goal and an assist in their first league outing for Chelsea.

"Brilliantteam performance," Chilwell told BT Sport. "Obviously, I'm very happy with my personal performance, but it's great for us to start to kick on now.

"A clean sheet, which we obviously wanted and spoke about, and four great goals as a team.

"I liked the way we kept going until the end, we wanted more goals and showed a hunger to press for the whole 90 minutes. Brilliant going into the international break"

Chilwell is one of a number of new faces to arrive during a busytransfer window, raising expectations for the 2020-21 season.

The 23-year-old has high hopes too, having given an indication of what he will bring to the side during his 100th top-flight outing.

"Personally, and speaking to the other boys who have come here, the reason we have all come here is that we think this team can win stuff," Chilwell said.