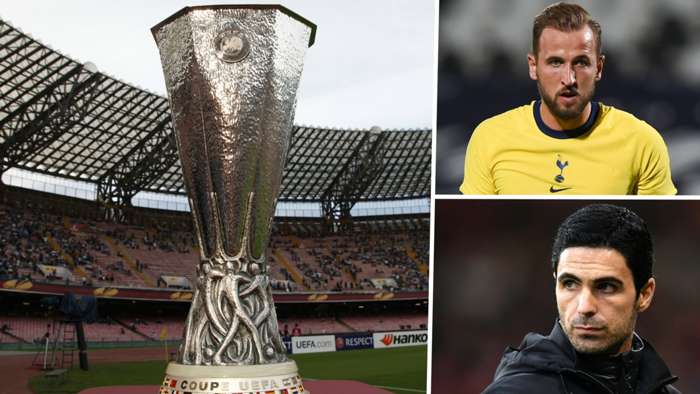 The Europa League group stage draw has been completed, with Premier League heavyweights Arsenal, Tottenham and Leicester all involved amongst a host of European elites.

The knockout stage of the Europa League is due to begin with the last 32, which commences on February 18 - with the draw taking place on December 14.

The following knockout phases, comprisingthe last 16, quarter-finals and semi-finals will all happen from March 11 onwards, with the final to be played on May 16.

It will be played at theStadion Energa Gdansk in Poland.

The stadium was initially going to hold the 2020 Europa League final, but this was changed due to the outbreak of the Covid-19 pandemic.The Stadion Energa Gdansk has previously hosted several Euro 2012 matches, and is the home stadium of Lechia Gdansk.

Fixtures and results will appear here.

This season's Europa League group stage will provide some interesting match-ups, with Arsenal slated to clash withIrish title winners Dundalk,Rapid Vienna and Molde in Group B.

Tottenham have been placed in Group J alongsideLudogorets, LASK and Royal Antwerp.

Brendan Rodgers' Leicester side will meet withBraga,AEK Athensand Zorya Luhansk in Group G, and Scottish league championsCeltichave been placed in a group with Italian heavyweights AC Milan in Group H.