FIFA 21 most improved players: Who have seen biggest ratings upgrade on game vs FIFA 20?
Match

FIFA 21 most improved players: Who have seen biggest ratings upgrade on game vs FIFA 20? 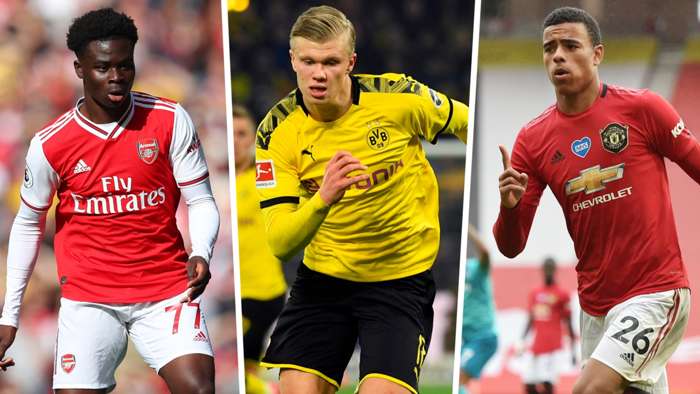 Borussia Dortmund's powerhouse striker Erling Haaland and Manchester United wonderkid Mason Greenwood have been named among FIFA 21's most improved players after their rapid improvement in the past 12 months.

Red Devils talent Greenwood earned a 10-point rise to 77 overall after his goals during the back end of Man Utd's league campaign provedcrucial in their run to finish in the top four.

Bayern Munich's Champions League winner Alphonso Davies saw his overall rating lifted to 81, with a nine-point increase added after he starred in the Germans' treble-winning season.

Arsenal winger Bukayo Saka was also rewarded for his excellent second-half of the season as his rating soared 10 points to 75.

Hellas Verona defender Marash Kumbulla, who just joined Roma on loan,has the honour of being named the most improved player in FIFA 21, with his 75 rating aided by a mammoth 15-point addition.

Other big improvers were Barcelona-bound full back Serginho Dest (67 to 75), Sheffield United duoJohn Lundstram (67 to 76) and George Baldock (69 to 77) and Juventusattacker Dejan Kulusevski (64 to 77).

The new FIFA 21 will be released globally on October 9.