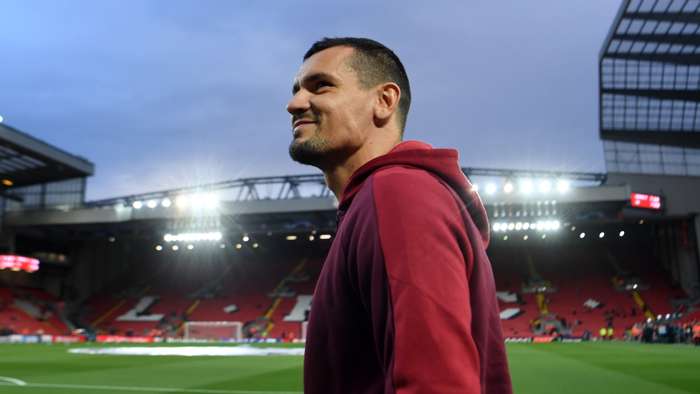 Former Liverpool centre-back Dejan Lovren has hit out Liverpool fans reacting poorly on Twitter after their 7-2 defeat against Aston Villa in the Premier League on Sunday.

The Reds were without two key players on Sunday with Sadio Mane ruled out after testing positive to Covid-19, while Alisson was a late withdrawal through injury.

Some fans looked to target Alisson's replacement Adrian for the heavy loss, but Lovren, who himself was often criticised by Liverpool supporters,was having none of that.

"Never blame one or two players for a defeat," Lovren tweeted after the match. "There is 11 players on the pitch who work as a TEAM, sometimes there are good and bad days, tomorrow is a new day. Move on!"

Despite his rallying calling, many fans decided to single out certain players in the commentsand the defender made a point of calling them out.

Speaking after the match, Klopp conceded his side 'lost the plot' and weren't just sloppy but simply bad in a game the Reds will want to move on from quickly.

“We had big chances which we did not use, but when you concede seven I’m not sure you can say it would have been 7-7. We made too many mistakes and massive ones obviously. It started with the first goal and around the goals we made massive mistakes," Klopp told BBC Sport.