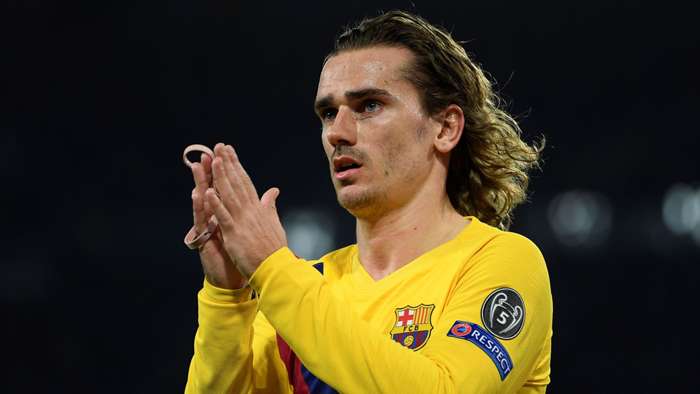 Antoine Griezmann is not happy with the role he is playing at Barcelona, according to France coach Didier Deschamps.

Under the new regime of Ronald Koeman at Camp Nou, Griezmann has been asked to take up a wide role, despite being used to a more central position, which is not to the tastes of the forward.

“I'm talking to him and I'll see him later. I am sure he is not happy with this situation,” Deschamps told the media.

"I don’t interfere with the use of my players in other clubs, be at Barca or anyone else. Antoine is playing on the right there at the moment. It's true that Koeman said, and told him, that he did not understand that he was used to playing in a more central position. But Antoine must also adapt today.

“For me, he is still more effective when he is in the heart of the game, when he is able to touch the ball a lot. In that position, he has the possibility to come and help in the midfield too.

“He doesn't have the ability to take the ball and beat opponents on the wing like others. He needs to touch the ball a lot and he is smart in his movement.”

Deschamps, meanwhile, suggested that the France star will be used on a more orthodox role with the international side.

“We must do what’s best, taking into account the different situations at Barca, the system and the players,” he said. “Antoine never complains, but to give his full potential it's always better when a player is in his best position.”

Griezmann has played 80 times for Les Bleus and has scored 31 goals, making him their joint fifth all-time leading scorer along with Zinedine Zidane.