How will Manchester United line up with USWNT stars Press & Heath?
Match

How will Manchester United line up with USWNT stars Press & Heath? 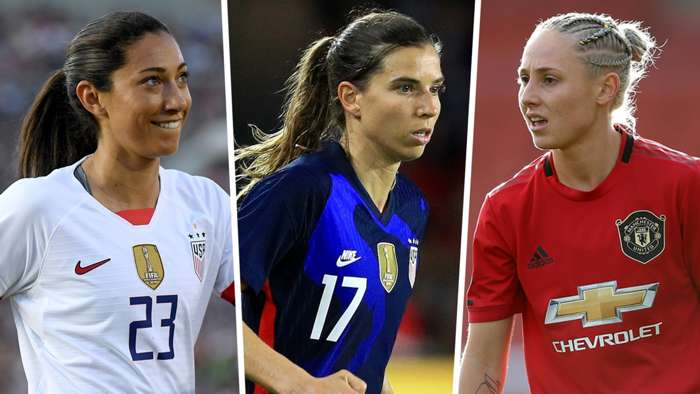 Most teams would not be able to attract World Cup-winning talent to their club in just their third ever season. Most teams are not Manchester United.

Casey Stoney’s side finished fourth in the Women’s Super League last season, their first ever top-flight campaign, but now they have their eyes on the top three and a potential Women’s Champions League spot.

With the squad that Stoney has assembled, you wouldn’t bet against them achieving that, either.

Press and Heath, both two-time world champions, bring incredible attacking qualities to a team that has to score more goals.

United averaged 1.7 goals per game last season, compared to Manchester City’s 2.4, Arsenal’s 2.7 and champions Chelsea’s whopping 3.1. In their league fixtures against the big three, they didn’t score once.

Heath can play on either flank, such is her ability with both feet, while Press is often used across the front three.

The versatility of both Americans gives Stoney a number of options depending on the game and the opponent, as does the huge number of other forwards she has.

Leah Galton is a fantastic left-winger with an eye for goal, while Kirsty Hanson is another with a wicked left-foot.

Jess Sigsworth and Lauren James can both play across the forward line, the former possessing incredible pace, while James – who ranked at No.4in NxGn 2020 – has the ability can find the top corner with either foot.

Meanwhile, Jane Ross provides a classic No.9 option who can hold the ball up and bring others into the game.

As for United’s new signings, Ivana Fuso is fantastic on the ball and something of a wildcard, coming to the WSL as a real unknown talent.

Alessia Russo, who returns to England after spending the last two years at college in America, is another with a knack for scoring spectacularly from range, but she also has the ability to race in behind and finish one-on-one.

The depth across that front free is massive, allowing Stoney to experiment with a variety of different combinations, but also providing cover for any injuries.

One would expect Press and Heath to be guaranteed starters along with Galton, who was one of the best players in the league last year.

However, with so many options, and so many fixtures, the front three could be totally unpredictable as the season goes on, giving Stoney the chance to surprise teams.

United have also built up some depth in the midfield now too, with the addition of Lucy Staniforth.

She will likely compete with Ella Toone for the more advanced midfield role in Stoney’s 4-3-3 set-up, with Jackie Gronen to probably play deeper, competing with Hayley Ladd, while Katie Zelem sits deepest.

All five are capable of adapting to different demands, too, when suspensions and injuries begin to play their part.

One of the most interesting things about United so far this season has been their use of Ona Batlle, the full-back signed from Levante this summer.

Naturally right-footed, she has been used as an inverted full-back – and a very attacking one, at that.

It means Kirsty Smith has moved into a right-back role, one that Amy Turner, who can also play as a centre-back, provides cover for.

If United do lose Batlle to injury or suspension, neither Martha Harris nor Lotta Okvist can provide that style of full-back, but they are solid replacements nonetheless in a more orthodox left-back role.

In the middle, Abbie McManus and Millie Turner have formed a good partnership, but United only kept five clean sheets in 14 games last term.

Goalkeeper Mary Earps, first-choice over talented teenager Emily Ramsey, is a fantastic shot-stopper when it comes to improving that statistic, but the desire to play out from the back sometimes cost Stoney’s team.

Errors came from a whole variety of players because of this, as was seen for Birmingham’s first goal in United’s recent 5-2 win in the WSL, and that is something that will happen to any team playing that way.

But United need to minimise those mistakes to compete for the top three this year.

This squad is very well-equipped to challenge the elite, both for a place at the top of the WSL and for silverware.

Stoney needs to now find the right combinations for each game, something she has shown she can do brilliantly, while the players on the pitch need to put away the chances they didn’t always last year and just reduce those individual errors.