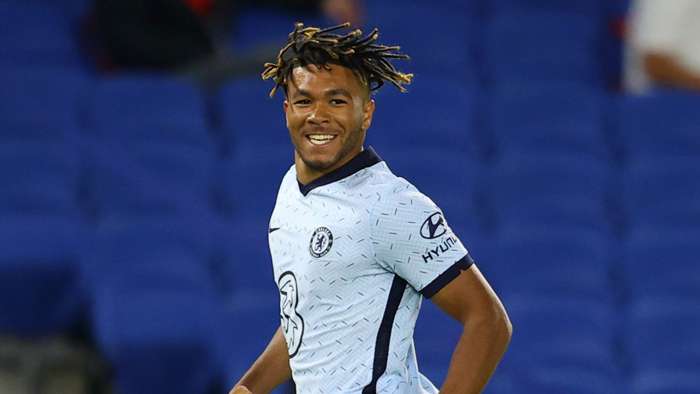 Reece James has been handed his maiden England call up ahead of Thursday's friendly with Wales, while Tammy Abraham, Jadon Sancho and Ben Chilwell's arrivals have all been delayed following their breach of Covid-19 rules.

James has been called up to replace the winger, and will be in line to make his first senior international appearance when the Three Lions return to Wembley to face Wales later in the week.

The Chelsea starlet has enjoyed a strong start to the season at club level, featuring in three of the club's four Premier League fixtures and weighing in with a goal and an assist.

It remains to be seen whether or not he will be joined byStamford Bridge team-mates Abraham and Chilwell, both of whom could be facing action from the Football Association after flouting social distancing laws designed to contain the spread of coronavirus.

Abraham was thrown a surprise birthday party after turning 23 on Saturday, with Borussia Dortmund talisman Sancho also in attendance at the Chelsea forward's mansion in London.

It has been reported that around 20 people showed up for the event in total despite the 'rule of six' still being in place across the country, and although Abraham has issued a public apology, he could yet be hit with a £10,000 fine.

Chilwell and Sancho are also under investigation, with the FA confirming that all three players will be unable to join up with the rest of the England squad until their investigation into the incident is complete, which also puts their participation in theUEFA Nations League doubleheader against Belgium and Denmark in doubt.

An official statement released on the FA's official website reads: "Asa precaution to understand if there is any risk to the wider group, the arrival of Tammy Abraham, Ben Chilwell and Jadon Sancho will be delayed. This is to allow time to gather further information of a social gathering that all three players reportedly attended over the weekend.

"Separately, Raheem Sterling has been ruled out of all three fixtures through injury.

"Gareth Southgate will begin his preparations with 27 players after Chelsea full-back Reece James was handed his first senior call-up having initially been part of the U21 squad.