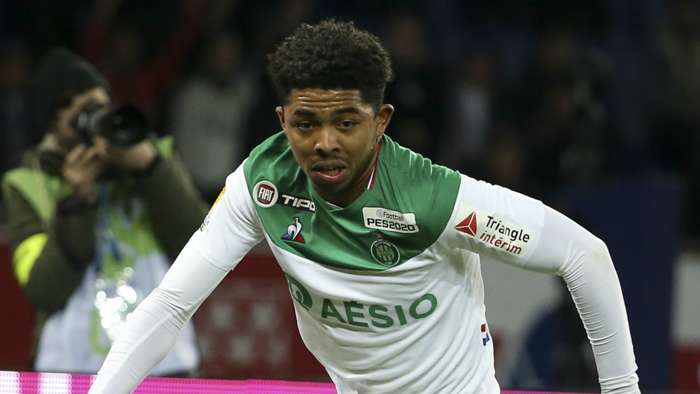 Premier League pace-setters Leicester City have completed the signing of teenage defender Wesley Fofana from Saint-Etienne in a record-breaking deal.

Now the deal taking the 19-year-old to England has been sealed, Leicester announced on Friday.

Fofana told Leicester's official website: "I'm very happy to be here. I've watched Leicester City closely since they won the title and they're a top club in the Premier League.

"I know I will learn a lot from the players and the manager here, which is one of the main reasons I came. I can't wait to get started."

Fofana was described by Saint-Etienne as "one of the greatest French talents of his generation" on Tuesday, when they revealed the centre-back was heading to Leicester.

He was called up for theFrance Under-21 squad this week.

Leicesterstunned Manchester City5-2 on Sunday to make it three wins from three so far under manager Brendan Rodgers in this season's Premier League.

Indeed, the Foxes' performances have seen Rodgers nominated for the Manager of the Month award, while Jamie Vardy and summer signing from Atalanta Timothy Castagne are both up for the Player of the Month accolade.

They also have a Europa League campaign to look forward to, with the Foxes due to face Braga,AEK Athens and Zorya Luhansk following Friday's group-stage draw in Nyon.

Fofana played 14 matches in Ligue 1 last season, made two appearances in the Europa League, and helped Saint-Etienne reach the Coupe de France final, where they lost 1-0 to Paris Saint-Germain.

The defender isn't the only new face to arrive at the King Power Stadium during the summer transfer window, with Castagne arriving from Atalanta and winger Cengiz Under signing on a season-long loan deal from Roma.