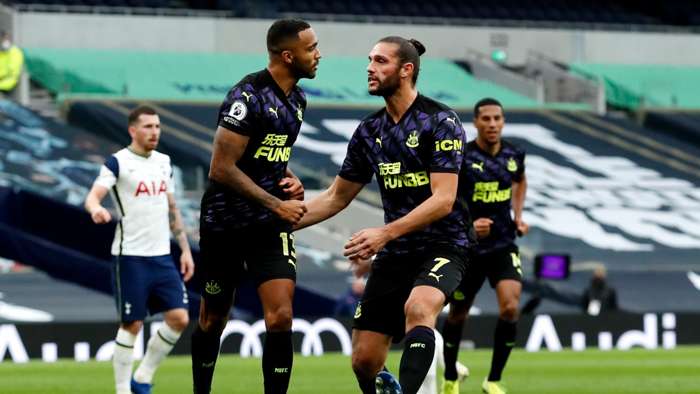 Newcastle and Burnley are both in need of a positive result when they meet at St James’ Park in Saturday’s Premier League clash.

It has been a similar story for Burnley, whohave lost their two Premier League games this season and were brushed aside by Manchester City in the Carabao Cup.

Nevertheless, Newcastle are 7/5 (2.40) favourites with bet365 to give themselves a morale boost by coming out on top here.

The Clarets are without a point from their opening two matches but can be backed at 21/10 (3.10) to get off the mark with a victory at the third attempt.

These sides shared a 0-0 draw when they last met at this ground back in February, and you can get odds of 21/10 (3.10) on them cancelling each other out once again.

Martin Dubravka, Paul Dummett, Matty Longstaff and Dwight Gayle are all ruled out for the hosts, while Allan Saint-Maximin will need to be assessed.

Ben Mee, Jack Cork, and Joey Berg Gudmundsson are unlikely to feature, with Robbie Brady and Jay Rodiguez both doubtful.

Although they fell to a comprehensive defeat, Sean Dyche’s men were grateful to have James Tarkowski back in the heart of the defence for Wednesday’s Carabao Cup clash against Manchester City.

They will certainly back themselves to make life difficult for a Magpies outfit that has found the net just six times in eight league matches coming into this one and looked lacking in inspiration versus Newport in midweek.

Considering Burnley have hit the net just five times in five fixtures so far this season themselves, odds of 4/5 (1.80) look like solid value on at least one of them and Newcastle failing to get on the scoresheet for the fourth consecutive encounter between this pair.