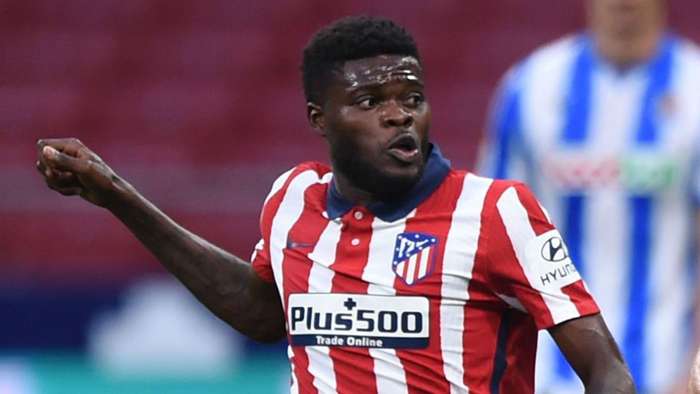 Thomas Partey would be a “fantastic signing” for Chelsea, says Joe Cole, with Frank Lampard urged to join Arsenal in the race for the Atletico Madrid midfielder.

Mikel Arteta is considered to be in need of a player to fill the Patrick Vieira role at Emirates Stadium.

Jorginho has also been used as a shield for the back four, but the west London outfit are said to be exploring alternatives

A big-money move for West Ham star Declan Rice has been mooted, with the 21-year-old having spent time in the Blues’ academy system as a youngster.

Cole, though, believes that Partey should be another target in Lampard’s sights.

Chelsea have found considerable value in securing the experience of Thiago Silva, with the Brazilian defender starting to find his feet in English football, and another seasoned performer could slot seamlessly into the fold.

Former Blues winger Cole told BT Sport when casting an eye over a window of big-spending from the Premier League giants and the promise of more to come: “I think Thiago Silva is a fantastic signing.

“One thing we talked about with Chelsea last season was the quality of the youngsters. But there were times when there was a little bit of naivety in the back four.

“When you look around Europe, there is not a better veteran centre-half who can come in and not just perform, but help the players around him on and off the pitch by setting the tone of what winning is all about.

“Any young manager coming in, you want to sort your goalkeeper and your back four. Last season Frank did not have the luxury of doing that.

“So as soon as possible Frank will want to nail down the goalkeeping position and the back four. Then he will want to just tinker with that midfield, and Partey would be a fantastic signing.”