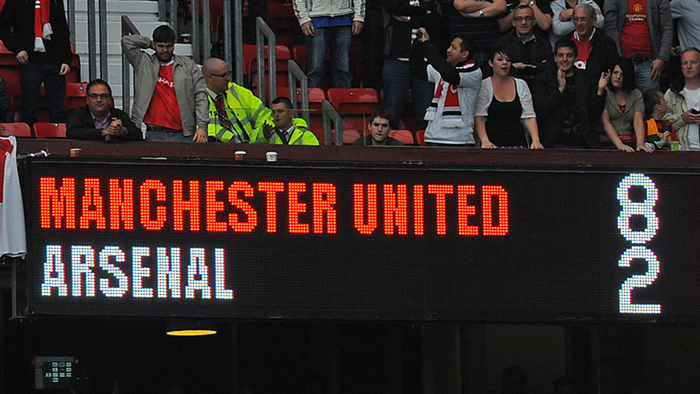 Manchester City's 8-0 hammering of Watford in 2019 or Manchester United's 8-2 demolition of Arsenal at Old Trafford might spring to mind as some of the most memorable scorelines that the Premier League has had to offer – but they are far from the highest-scoring games of all time.

The highest-scoring Premier League game of all-time was the 11-goal thriller between Portsmouth and Reading in 2007, where Benjani scored a hat-trick.

It is the only 11-goal game that the Premier League has ever witnessed, with Dimitar Berbatov nettingfour goals in Tottenham's 6-4 victory over Reading that amounted to 10 goals.

Unitedare holders of the largest winning margin away from home throughwith8-1 defeat of Nottingham Forest at the City Ground in 1999.

Manchester City missed the chance to equal the largest winning Premier League margin – first set by crosstown rivals Manchester United – when they hosted Watford at the Etihad in 19-20and won 8-0, with Bernardo Silva netting a hat-trick.

The Red Devils first held the record for the margin of the largest Premier League win with their 9-0 victory over Ipswich in 1994.

Leicester equalled the record when thheyscored nine goals past Southampton in October 2019.