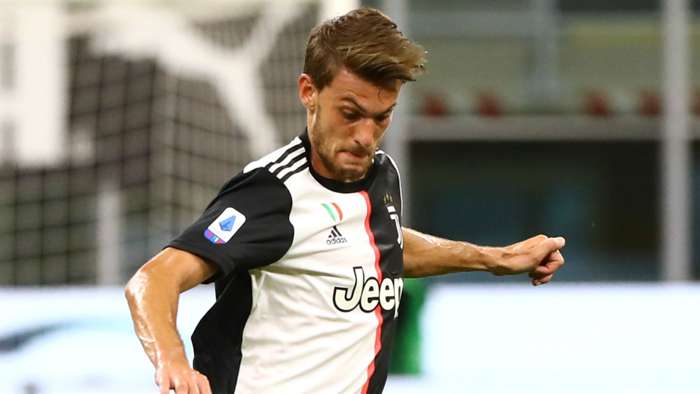 Rennes have strengthened their squad ahead of a debut Champions League campaign by signing two players from Serie A, with Daniele Rugani and Dalbert joining on loan.

The centre-back has struggled to become a first-team regular at Juve, though, making just 22 league starts across the previous two campaigns.

Speaking to the club's official website , Rugani said he was excited to make a "fresh start" at Rennes.

“I am happy to be in Rennes.I discovered a beautiful environment.I can't wait to start playing with my new teammates and help them as best as possible to have a great season," Rugani said.

"I arrive in an important championship.The Champions League is obviously a very high level but I think the club and I will have the opportunities to show good things in this competition.My goal is to make a fresh start."

Rugani will now spend the 2020-21 season on loan at Rennes, as is also the case with full-back Dalbert, who has completed his move from Inter.

The Brazilian, who revealed he decided to join after speaking to former Vitoria Guimaraes team-mate and current Rennes winger Raphinha, returns to Ligue 1 having previously played in France with Nice.

"I'm happy to have had this opportunity to join Rennes," Dalbert told the French club's website. "I hope to have a good season with my new team-mates.

"Raphinha being here, I followed the matches of the club, it works well. I spoke with him before coming - he told me a lot of good things about the city and the club. I am very happy to be here."

Rennes have made an excellent start to the new term, picking up 13 points from five Ligue 1 games to sit top of the table. They will take on Reims on Sunday as they look to increase their lead atop the table.