Rooney: Man Utd should spend £100m on Kane not Sancho 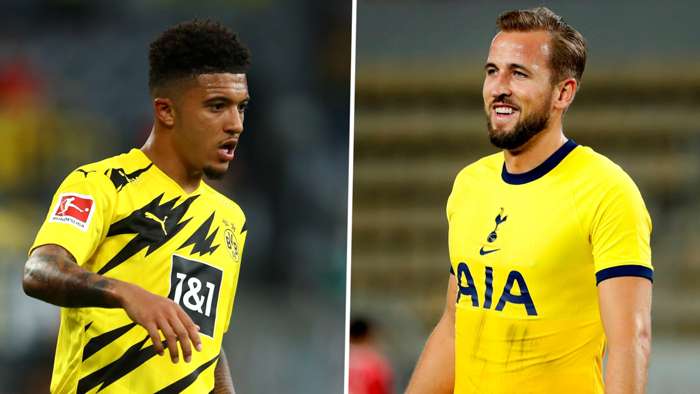 Wayne Rooney believes Manchester United would be better off spending£100 million (€110/$129m) on Harry Kane and not Jadon Sancho.

Ole Gunnar Solskjaer's side are closing in on the signing of Uruguay international Edinson Cavani,however, who will arrive on a short-term deal at Old Trafford after being let go by Paris Saint-Germain.

While a big fan of Sancho, Rooney is adamant that his former club should be looking to spend big on a long-term No.9, with the Red Devils already well stocked when it comes to wingers.

Tottenham forward Kane has been in fineform this season and Rooney singled out the 27-year-old as a player the Red Devils should be pursuing.

"Jadon Sancho is a top player, but I find it odd that he has been Manchester United’s transfer priority," Rooney wrote in his column for The Sunday Times.

"Why consider paying close to £100 million for someone similar to talent you’ve got already? United have Marcus Rashford and Anthony Martial and where would Sancho’s arrival leave Mason Greenwood, who plays in the same position and is of similar age?

"I’d rather put that £100 million towards trying to get Harry Kane. Yes, getting Kane out of Tottenham would be difficult, maybe impossible, but United are a club who should always make an effort to sign the very best players and Kane is exactly what Ole Gunnar Solskjaer needs, as is Erling Haaland, who United missed out on last year — a genuine No 9.

"A Kane or Haaland or someone like Robert Lewandowski would give Rashford and Martial someone to play off and freedom to roam into different areas, pick the ball up and try to beat men — without the burden of always having to score.

"It would be better for him as well if United had a recognised No.9, because he could learn from them, just as I did from Ruud van Nistelrooy.Of course there are different ways to play the position and Liverpool make brilliant use of a false nine in Roberto Firmino.

"I wonder if a solution for Solskjaer could be a diamond midfield with Bruno Fernandes at the tip and Martial and Rashford as wide forwards, using their speed, similar to Mohamed Salah and Sadio Mane."