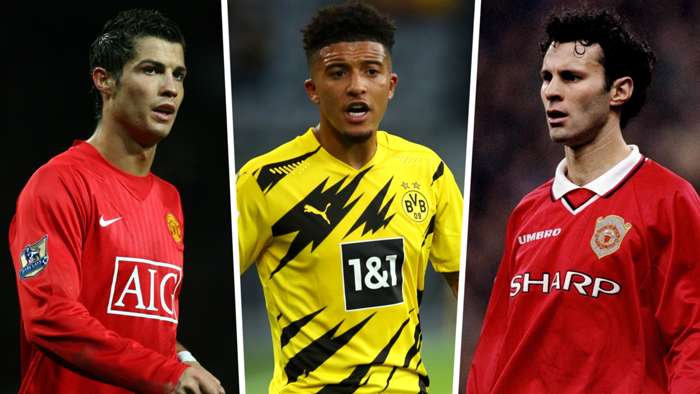 Jadon Sancho has the potential to be the next Ryan Giggs or Cristiano Ronaldo at Manchester United, but the Red Devils also needing to be bringing in at least two defenderssays Luke Chadwick.

The Bundesliga giants are adamant that they will not be selling, but United have refused to throw in the towel.

Alternative targets are said to have been indentified, such as Barcelona forward Ousmane Dembele, but Sancho speculation refuses to go away.

Chadwick would love to see his former club get a marquee signing over the line, andbelieves that the exciting 20-year-old can become the next superstar in Manchester.

However, he warns United need to avoid putting all of their recruitment eggs in one basket, sayingobvious issues at the back also need to be addressed if deals are to be done before the window slams shut.

“Sancho would be a huge signing. They’ve got gifted players in that position already but Sancho is a talent that doesn’t come around too often.

“He looks like a Manchester United player from years gone by if you think about George Best, Ryan Giggs, Cristiano Ronaldo. He can be of a similar ilk as those players in the future and can appease the fans.

“The defensive issues are a problem. They need reinforcements in the back-four. The left-back position has been spoken about a lot. Alex Telles looks a fantastic player. I think Luke Shaw is great but it’s whether he can stay fit for the whole season.

“So I think a couple of defenders are a must and Sancho if the club want to compete for the title.

“If they’re happy just to go for the Champions League places then they could well have enough in the building already - but that’s not going to appease the fans.”