Southgate takes a swipe at Mourinho over Kane request
Match

Southgate takes a swipe at Mourinho over Kane request 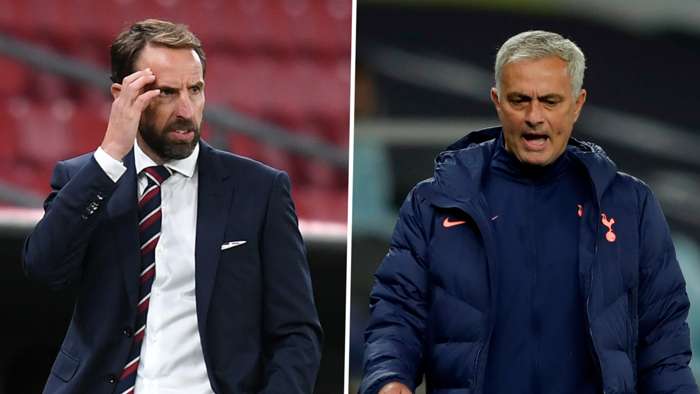 England manager Gareth Southgate has taken a swipe at Jose Mourinho after his less than subtle request for Tottenham stars like Harry Kane to be rested during the international break.

Kane incidentally scored a hat-trick in that game on the same day he was unsurprisingly named in Southgate's latest England squad.

Mourinho had previously called on international managers to take his players' busy schedule into account - something Southgate is fully aware ofand believes could have been pointed out more privately rather than in press conferences.

"All Jose needs to do is make sure in April and May that he has to look after Harry Kane for us because there are 55 million people relying on that," Southgate said on Thursday.

"That obviously works both ways. Jose was great, he was on good form. I heard him say it, he won't phone but he will stand on Tottenham's stadium and tell us, so that is good.

"I am a bit disappointed that I am not one of his friends, Steve Hollandis, but in fairness, I have had a pretty good relationship with him for a while.

"Jose has never ever put me under pressure not to pick a player. That is 100 per cent the case, he has always accepted that international football where his players are going to go. He has never once asked me not to select a player.

"Our aim is to manage the squad, we have got to be responsible, we are conscious of the welfare of the players.

"The life of an England manager is very complicated in terms of we have huge clubs, huge personalities, hugely successful managers who have achieved a lot in the game."