When Klopp says wow, you did something right! - Smith happy to receive plaudits after 'superb' win
Match

When Klopp says wow, you did something right! - Smith happy to receive plaudits after 'superb' win 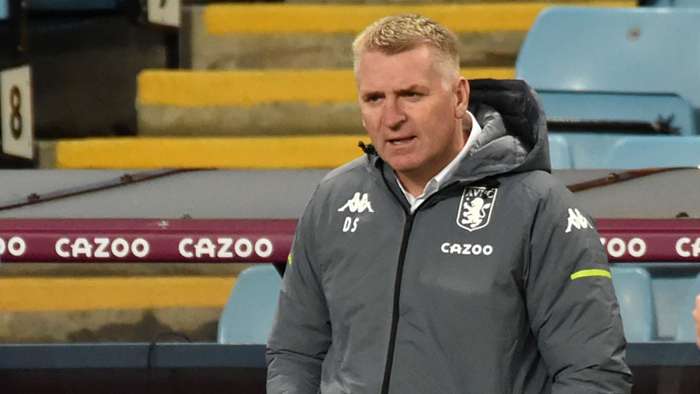 Aston Villa manager Dean Smith has hailed his side after their shock rout of Premier League champions Liverpool, hailing his side's performance as a "tremendous achievement" following their 7-2 win.

The Reds were left frustrated andflummoxed as their perfect start to the new top-flight campaign came to a juddering halt against a team who only narrowly avoided relegation to the Championship last term, leaving Jugern Klopp with much to ponder ahead of the international break.

Speaking after the match, Smith - whose side preserved their own unbeaten start to the campaign at the expense of their visitors - hailed his side's approach, and admitted that the flabbergasted plaudits of his opposite number felt like vindication for his team.

"It was just sheer hard work and effort," he told Sky Sports."The work ethic, when Jurgen Klopp says wow to you you know you've done something right. The lads were superb, they executed the game plan perfectly. We were at our best today.

"The biggest regret is that there were no supporters here with us - I hope they are enjoying it from their homes. It was a tremendous achievement for the players, they worked really hard.

"If you get outworked by Liverpool, they beat you because they've got fabulous talent. Even at 5-2 you're not sure if that's enough because of how good they are. We felt that if we reversed the ball to the opposite side, that's where the space would be.

"Football is small margins, they had some good chances in the first half where our keeper made a couple of good saves and that, alongside a couple of deflections, was the difference probably."

Smith singled out ex-Brentford youngsterWatkins for additional praise, adding: "He is a tremendous talent, I felt we've learnt a lot of lessons from last season and we've added quality to what we thought was a good talented squad anyway."

Victory against Liverpool takes Villa to three wins from three and lifts them above the Reds into second on goal difference, though Smith cautioned that his side would not be carried away by form.