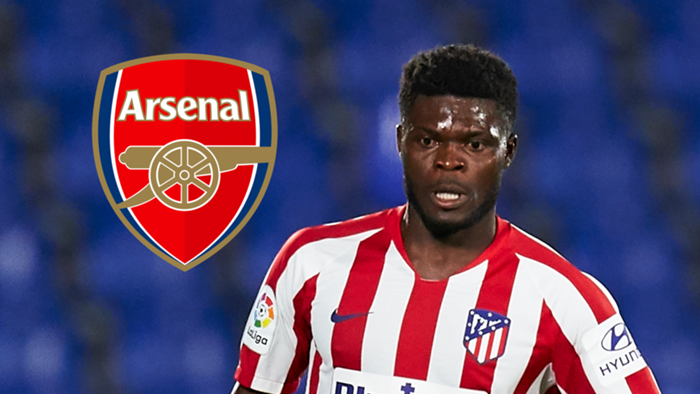 Arsenal have made a late move to sign Thomas Partey from Atletico Madrid before tonight’s transfer deadline, Goal has learned.

Discussions with Atletico have taken place during the past few months, with Arsenal hoping to land the midfielder for a fee less than his release clause, but Atletico have consistently stated that the only way Partey will be leaving this summeris if that clause is activated.

Arsenal's legal team are now at the club's London Colney training ground working to get the deal done.

“I have 100% backing from them. It's not just words, it's reality. Whoever knows me, if it wasn't like that I wouldn't say it but I say it because I feel it and it's true.”

Partey has been one of Arsenal’s top targets this summeralong with Lyon midfielder Houssem Aouar,who has now confirmed he will be staying with the French club for another year.

Atletico do not want to lose their midfielder and have given him assurances that he will be handed a new contract once the financial difficulties brought on by the coronavirus pandemic begin to lessen, but as previously reported by Goal, Partey wants a move to Arsenal and has been waiting to see if a deal can be struck.