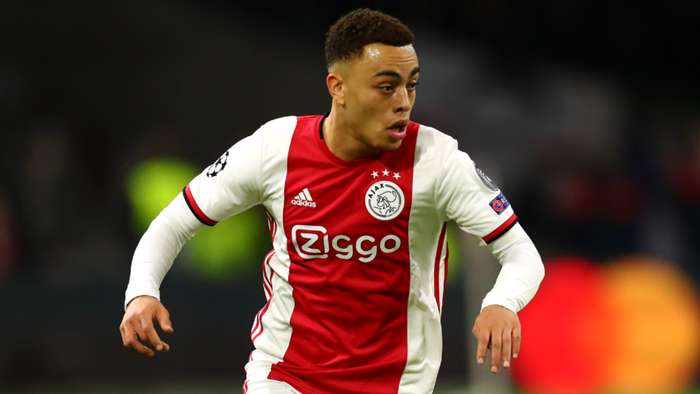 Barcelona have pipped Bayern Munich to the signing of Ajax star Sergino Dest, the Catalan outfit have confirmed.

That form had led to a fierce tussle over his future, with both Barca and the reigning German and European champions keen to add the USMNT international to their ranks.

Bayern at first appeared to have the upper hand in negotiations, with reports suggesting that the Bavarians had struck a deal with both Dest and Ajax to add the teenager to their ranks.

But to the Germans' chagrin Barcelona stole in with a€21 million (£19m/$25m) deal with Ajax, higher than the offer filed from Allianz Arena, and upon agreement of personal terms the Blaugrana have clinched the signing.

A statement from the Liga giants on their official website read: “FC Barcelona and Ajax have reached an agreement for the transfer of Sergino Dest. The cost of the operation is 21 million euros plus a further five million in variables.

“The player will sign a contract for the next five seasons, through to the end of the 2024/25 season, with a buyout clause set at 400 million euros.

“Sergino Dest combines many excellent qualities needed in a full back: attacking when called for, solid defensively, unruffled in possession and creative with it.

“The defender has the ability to take players on and his pace is a virtue going forward and defending. Those qualities will be on display from now on in a Barca shirt, a challenge for a fearless young full-back.”

Dest arrives at Camp Nou with the opportunity to stake his claim for the right-back spot following the exit of Nelson Semedo to Wolves.

Born in the Netherlands, he nevertheless chose to represent the United States at international level, being eligible through his Surinamese-American father.