Bielsa and Guardiola: How 'incredible' Leeds boss influenced the greatest coach of the modern era
Match

Bielsa and Guardiola: How 'incredible' Leeds boss influenced the greatest coach of the modern era 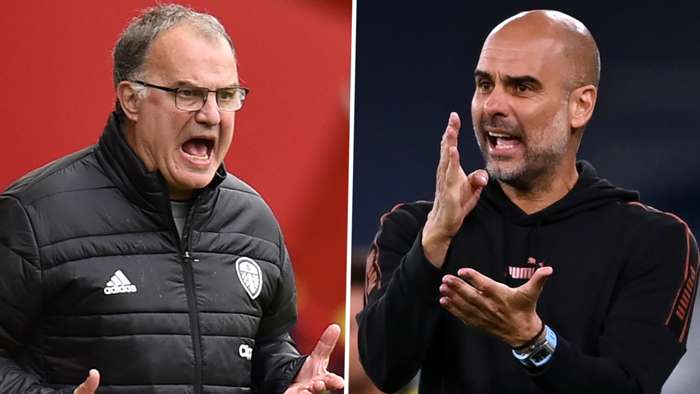 The first meeting between Marcelo Bielsa and Pep Guardiola is one that has passed into football folklore.

The paireventually got together at Bielsa’s ranch in Rosario in 2009, wherea brief chat turned into an 11-hour discussion over every aspect of the game. Ever sincethey have shared an unbreakable respect.

“We spoke about football and what we spoke about made me think it was someone who really thought about football,” the Leeds bosssaid ahead of the pair going head-to-head in the dugout for the first time in eight years at Elland Road on Saturday.

It has been 11 years since their first introduction and now, managingjust 45 miles apart rather than on different continents, their relationship remains strong.

The pair are still in constant contact, talking regularly on the phone, with the Manchester City bossone of the first to congratulate Bielsa on last season’s promotion to the Premier League.

"He is an incredible person,” Guardiola said after Leeds’ 16-year wait for a return to the top-flight was finally confirmed. “He is so special. It is my personal opinion but it will be incredible for English football to have him in the Premier League next season."

Along with his former Barcelona boss Johan Cruyff, Guardiola credits Bielsa with being one of the biggest influences on his own coaching career.

Away from the pitch, they share a common approach to the way they deal with the "noise" around football.

Whether it is a priority to the care and wellbeing of their players, trying to accept the vagaries of injuries and refereeing decisions or dealing with the media, both attemptto be consistent with their approach.

On the pitch, they have a common philosophy of wanting to play attacking football through control and movement, even if Bielsa-balland Guardiola’s “tika-taka” can look wildly different at times.

Bielsa's side match hard work with fast-paced,neat football.Guardiola's superior players, on the other hand, dominate withinthe final third until they can find a breakthrough.

It could make for another fascinating contrast in West Yorkshire when the two will be opposite numbersfor the first time since the Copa del Rey final in May 2012.

In what proved to beGuardiola's final match in charge of Barca, his side scored three times inside the opening 25 minutes to comfortably beat Athletic Club and claim a farewell piece of silverware.

After the final whistle, Bielsa shared the information he had on Barca with his friend, to whichGuardiola replied: “You know my side better than me!”

If that was the case, it did little to help Bielsa from stopping Guardiola's side on the day.

“The memories I have are they managed to neutralise our attempt to impose ourselves,” Bielsa said of those previous meetings.

“Anyone who faced Barcelona in those four years will give you the same answer. Many believe that is the best club team ever created.”

Saturday’s clash may present his best opportunity yet to claim his first victory, with having Leeds made a lively start on their return to thePremier League. They have lostonly to champions Liverpool and won their other two games while scoring eight goals and conceding seven in total.

City, meanwhile, go into the game on the back of a 5-2 thrashing by Leicester City, whereGuardiola’s high-risk tactics were horribly exposed.

Bielsa was notwilling to discuss the possibility of any potential City flaws ahead of the clash,but hinted that there may be some to exploit.

“I never find it comfortable to talk about an opponent’s weaknesses,” he told reporters. “The season is very short and it’s hard to make conclusions as to whether they are weaker than before.

“To talk about an opponent’s weakness in public is never a comfortable thing.”

Even if he is notwilling to talk about it publicly, Bielsa's meticulous preparation will ensure heknows exactly what Guardiola’s strategy will be and how he intends to leave Elland Road with three points.

Many of the principles the duo discussed in their first meeting back in Argentina remain in their respective systems today, though Bielsa admits he did notforesee just how successful the rookie coach would prove to be.

“Who could have imagined such acts?” he said. “We probably can say this intelligent person will create the best team in the world.”