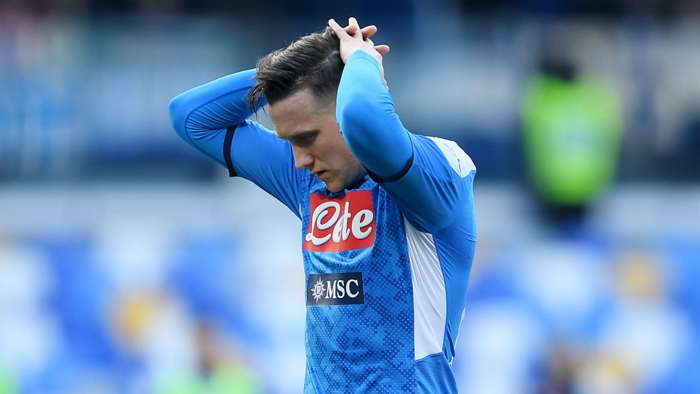 Napoli's match against Juventus on Sunday is in major doubt after local health authorities blocked Napoli from travellingto Turin due to a possible Covid-19 outbreak.

There are fears, however, that there could be more cases stemming from Napoli's match last weekend against Genoa, a club that has since suffered a serious outbreak of the virus.

Genoa have now confirmed a total of 22 positive cases between players and staff, with the club forced to postpone their match againstTorino that was scheduled for Saturday.

Napoli were originally scheduled to travel to Turin on Saturday, where they would undergo further testing ahead of the game at Allianz Stadium.

However,the ASL, the health authority in the region ofCampania, has now preventedGennaro Gattuso's side from leaving Naples as they look to prevent a potential outbreak from spreading.

Juventus are also sufferingtheir own issues with Covid-19, though the virus has yet to affect any members of the playing or coaching staff.

The club confirmed on Saturday that twomembers of their staff had tested positive.

“Juventus Football Club announces that, during the checks provided for by the protocol in force, two staff members tested positive for Covid 19,” read a Juventus statement.

“This procedure will allow all members who tested negative to the controls to carry out regular training and match activities, but will not be allowed contact with outside the group.

“The club is in constant contact with the competent health authorities.”

Napoli are off to a flying start in their Serie A campaign, having won their opening two games with eight goals scored and zero conceded.